The first was for Saltash-based Jolly’s Drinks – Cornwall’s oldest soft drink manufacturer. The company is launching a range of new canned soft drinks, alongside its post mix products, and Wolf Rock MD Jo Downie and her team were called in to give the branding a fresh, revitalised look.

“Our brief was to carry out a complete re-brand that would attract attention on shelves and behind bars,” said Downie. “Understanding our client’s strategy and growth aspirations are key to the work we do, so we spent time looking at their target market, new audiences and what is likely to encourage those people to buy. The next stage was to give the packaging a cohesive, stand out appearance.”

The same approach was used when chocolatier Josh Parker asked Wolf Rock to devise a brand that would represent the never-to-be-forgotten experience he wanted for his chocolate.

“Josh grew up on his family’s farm in Callestick and enjoyed an idyllic childhood that made the most of our beautiful Cornish landscape,” said Downie. “Our concept was to encapsulate that in a series of Cornish chocolate moments which St Ives artist Joanne Barry then brought to life in a series of lovely illustrations. We’re really pleased with the end result – and the chocolate is excellent too!” 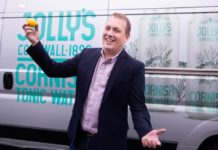 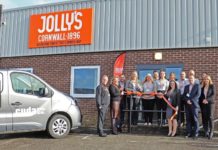 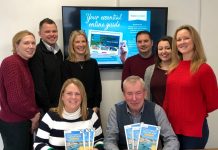