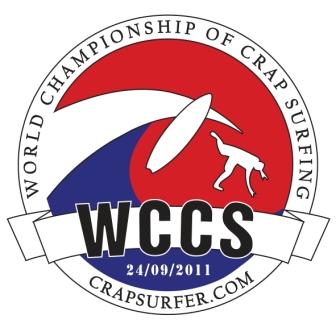 Organisers of the World Championship of Crap Surfing and The Crap Surfers Ball have stated that the events will “absolutely go ahead” despite predictions of fine weather and good surf.

Organiser and BBC Radio 2 culture show resident poet Murray Lachlan Young said: “Being a crap competition, we generally anticipate rain and no waves to create ideal crap conditions for such an event.

“However, a forecast of an Indian summer and moderate swell will not distract us or fellow crap surfers. The date for the challenge has been set and the coveted World Champion of Crap Surfing title is there for the taking.”

The idea of a championship for crap surfers surfaced when Lachlan Young and fellow “crap surfers” Nigel Pengelly and Julian Perrott decided that, despite many years trying to catch waves, they were still hopelessly inadequate at the sport.

Missing the thrill of a surf competition to enter, they decided that a championship aimed at celebrating poor surfing was needed.

Thus was born crapsurfer – a fun, international movement for surfers of all abilities to express their love of surfing, in a relaxed and non-elitist, social network.

Lachlan Young added: “Without making mistakes, there is no way of getting better. This truth discovered, extends through all learned life skills. So, rather than feeling ashamed about being no good, why not say it loud? I’m crap and I’m proud.”

This year’s world championships will see surfers from all over the globe tackling the waves for best men’s, woman’s, cross-dressing, veterans, youth and overall champion titles.

Following the world championships, there’ll be a chance to mix and dance with the surf stars at The Crap Surfers Ball, which will feature superstar DJ Ry Spenceley of Love Riot.

The World Championship of Crap Surfing takes place at Praa Sands on Saturday (September 24) at noon.