A Truro-based landscape architect will see plans for a £500k scheme turned into reality over the next two months as work starts on the project.

Michael Hawes, who runs Mei Loci in Lemon Street with his wife, Trish, will oversee the external landscaping work at the £6.2m St Austell Business Park in Carclaze.

Michael Hawes, who started Mei Loci with Trish Hawes in March, said: “This has been a fantastic project for us to work on over the last seven months as we have a client who believes in the best for the project and his team.

“It’s traditionally difficult as a landscape architect to keep the initial ideas in place through to completion generally due to budgetary constraints.”

The development of the business park is being driven by Peter Moody, managing director of St Austell Printing Company. He is creating a new home for the company, as well as providing 22 units for other businesses.

“Credit to Peter for pushing forward with this,” Hawes added.

“Peter is adamant that the external works are just as important as the building itself in creating a fantastic working environment.”

Mei Loci together with the site’s architects, ALA Architects, and construction company, Dawnus, is working towards a BREEAM Excellent rating.

As well as covering excavations, roads, surfacing and lighting, the scheme will also include planting, landscaping and pools. 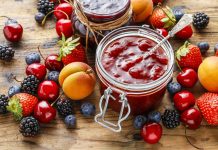 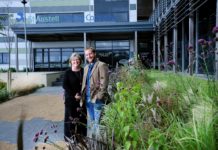