Anger is growing following today’s announcement that there is to be a moratorium on the Convergence programme.

One Cornish company that has been caught out by the ERDF Convergence funding freeze is Helston-based Spiral Construction, the UK’s market leader in the manufacture of spiral staircases that employs 50 staff.

The company has just been approved for £250k of investment towards a £500k factory extension that would increase the size of the factory by almost 50% to 20,000sq ft, create 12 new jobs and cater for the company’s future growth. The balance of funding was coming from the company’s own funds. Although the funding has been approved the company has not yet received its formal offer letter from the South West RDA. That letter cannot now be issued because of the Government’s directive.

MD Eric Nicholls said: “This is a huge blow because we planned to start on site next month so that we can get the bulk of the work done before the worst of the winter weather. Without this funding it could mean we have to turn away future orders or even shed staff. We were putting up 50% of the cost ourselves so it’s not as if the match funding for the European grant was even coming from the public purse. At a stroke of some bureaucrat’s pen in Whitehall our plans for growth have been cut off at the knees. We need ministers to be aware of how short sighted this decision is.”

Another Cornish business caught out by the ERDF spending freeze is Clayworks on The Lizard Peninsula. The company, which specialises in eco-friendly building products, was confident of securing a £65k investment from the Convergence-funded Grant for Business Investment programme to invest in new machinery and expand its product range. The company, which has four staff, intends to grow this to 20 in the next five years.

Director James Bryce said: “We were hopeful of an offer letter for our grant from the South West RDA in the very near future because as far as we are concerned we had fulfilled all the criteria. As a low-carbon, eco-friendly business that derives a lot of its products from recycled materials and has ambitions for rapid growth we are just the sort of business that is being encouraged in Cornwall. But now the Government has tied the RDA’s hands we can’t get our offer letter. Unless there is a change of heart we’ll have to go back to the drawing board and risk losing our other investors who we have worked hard to assemble to match-fund the grant.” 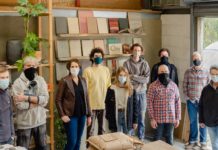 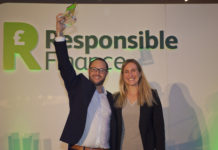 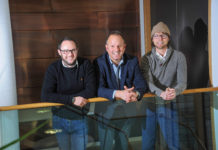