The Devon and Cornwall Business Council (DCBC) has claimed that the closure of Newquay Airport has already cost the local economy millions of pounds.

The airport closed on December 1 after failing to secure a Civil Aviation Authority operating licence, and although it hopes to reopen on Friday, there is no guarantee. And according to DCBC chairman Tim Jones, the fiasco has already cost the Cornish economy £6 million.

Jones said: “A lot of that is directly related to the cancellation of flights but there are a tremendous number of local businesses right down to small taxi companies, suppliers, food and drink and that sort of thing who have also been affected.

“The figure seems to be accumulating at around about £2m a week so the longer it goes on, clearly the greater the impact will be.” 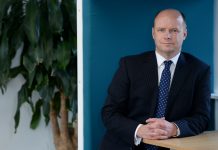