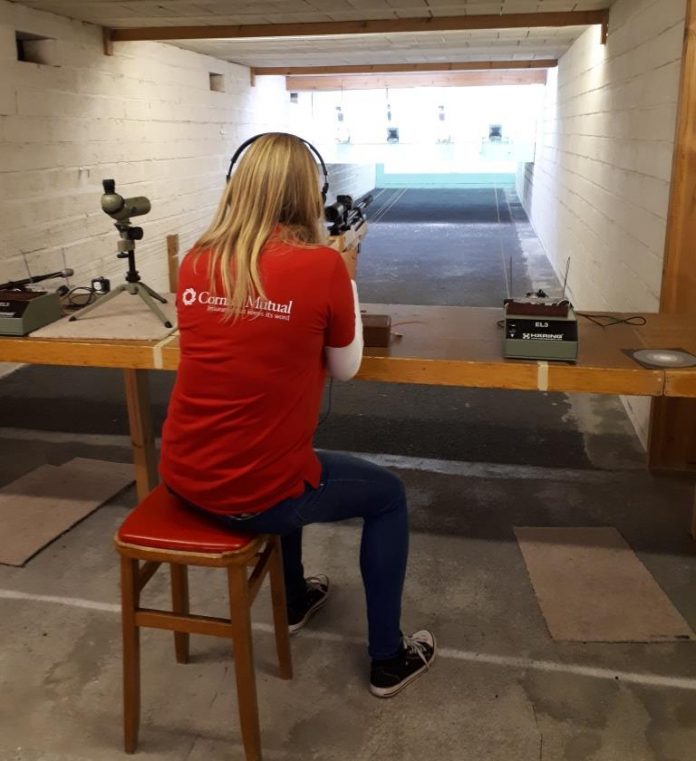 A team of chartered insurers recently swapped a day in the office for a day on the range when they volunteered for local sight loss charity iSightCornwall.

Staff from Cornish Mutual spent the day helping out at BUGS Shooting Club in St Austell. BUGS (which stands for blind using guided sights) is one of 15 social clubs in Cornwall, run entirely by volunteers, for people with visual impairments.

The group from the Truro head office were on hand to guide club members to and from the target range and load up the air rifles which work by picking up a pitch emitted from the target. The pitch gets higher as the shooter gets closer to the bullseye, allowing people with little or no sight at all to find the target.

As part of its work to support people living with sight loss, iSightCornwall supports a range of clubs across the county including singing, dance, guitar and lunch groups.

iSightCornwall chief executive, Terri Rosnau-Ward, said: “We were thrilled to welcome our Newham neighbours at Cornish Mutual to volunteer with one of our affiliated groups. The clubs are vital for people with sight loss to keep their independence while meeting friends and learning a new skill.” 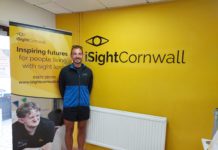 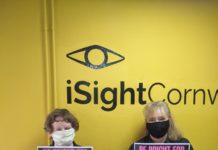