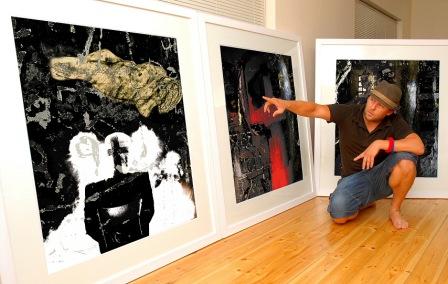 Businesses across the south west are rallying to support the Cornish autism charity Spectrum in what will be one of the country’s most interesting art auctions this year.

From jewellers to pump manufacturers to lawyers, a diverse range of firms have joined the artistic community to make sure SpectrumArt 2009 is a resounding success.

The auction, taking place at the Headland Hotel, Newquay, on October 31, will feature works donated by the likes of international stars Stella Vine, Damien Hirst, Rankin and Stephen Wiltshire, alongside locally-based talent Paul McGowan, Luke Frost and Lamorna Penrose. All work will be on show in the week running up to the auction at the Driftwood Gallery in Truro and can be viewed online at www.spectrumart.co.uk .

“We heard about Spectrum as a really sound local charity which does excellent work with people affected by autism and Asperger’s syndrome,” said Mike Sanderson of Falmouth-based pump manufacturer Watson Marlow. “If our donation helps make the SpectrumArt event a fund-raising success, then it’s very well spent.”

Spectrum was formed in 1982 – originally as the Devon and Cornwall Autistic Community Trust based in a converted rectory near Truro with a staff of eleven. The charity now helps almost 100 people from around the UK, with 23 homes in Cornwall, a special school and almost 400 staff. It also operates the Art Ark, a converted water-barge moored in Penryn, where artists such as Vine and McGowan have run workshops to help people with Autistic Spectrum Disorders explore ways of communicating.

McGowan and collaborators have taken a heavily graffitied Victorian cell door from Dartmoor Prison as inspiration to create a huge piece of work, a triptych called “The Divinity of Monsters”, especially as a centre-piece for the auction.

“We have been overwhelmed by people’s generosity,” said Spectrum’s CEO Mary Simpson. “Scores of artists have freely given their work for the auction and businesses have donated money, raffle-prizes and help with the event. Now we need all our tables to be filled on the night and for people to dig even deeper in their pockets to buy the work and raise as much money as possible – we don’t ask much!” 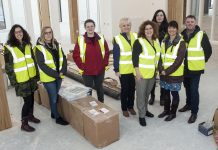 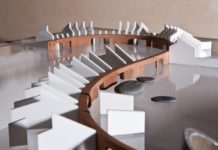