A Cornish radio station is thought to be the first in the country to launch a “reverse recruitment” feature.

Pirate FM will offer unemployed listeners the chance to promote themselves for free on-air to thousands of potential bosses. The “Radio CV” feature follows a string of redundancies, big and small, across the county as the recession bites.

The first person to take part is Sam Hearn from Camborne. He used the power of Pirate FM to sell his services in marketing and tourism. He said: “I think it is a fantastic idea. Nobody out there is doing it. It is a great idea for the individual, like myself, that has been made redundant and I expect it will have a tremendous amount of support from listeners and employers.”

Programme Director Bob McCreadie said: “During a recession great employees don’t stop being great employees. We think good people will still be able to find employment if only they can get their voices heard.”

South East Cornwall MP Colin Breed hailed it as an “innovative venture” adding: “I was very pleased to learn of this new initiative in response to the inevitable job losses which will occur during the current economic recession. Any help for those trying to secure fresh employment is to be welcomed.”

The launch came on the day the TUC revealed there are 11 job seekers in Cornwall for every one vacancy advertised at a Jobcentre. 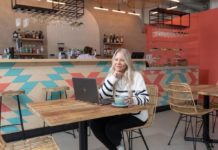 Office has its own bar 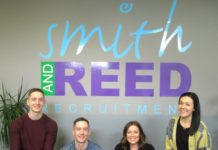 New board at Smith & Reed 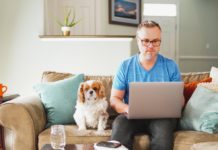 Covid repercussions ‘will be felt for a generation’