NCI Technologies, based in Penryn, has recently worked with with the National Coastwatch Institute to install a Pan-Tilt-Zoom camera kit (manufactured by Axis) to fill the gap in coastal safety coverage at their watch station at Cape Cornwall.

The National Coastwatch Institution, whose motto is ‘Eyes Along the Coast’, operate 51 watch stations around the coast of England and Wales. The role is to provide a visual watch over the inshore waters and coastline, looking out for anyone getting into difficulty and then alerting the Coast Guard. The National Coastwatch Institute work closely with the Coast Guard and RNLI as part of the coastal safety network.

The Cape Cornwall watch station has been hampered by its location and having the view into Priest Cove blocked. However following a lengthy period of fund raising by the Cape Cornwall station watchkeepers, sponsorship from the Isles of Scilly Steamship Company, a donation from National Coastwatch Insitute National Office and keen support from Axis, this area is now covered by a new CCTV camera.

Priest Cove is busy year round being used by both local fishermen and visitors. Until recently the cove was not easily visible to the watch station that is located on the tip of Cape Cornwall. Now, with the instillation of the new CCTV camera the watchkeepers are able to clearly see into the cove.

The project was made a reality by NCI Technologies advising on the best type of camera and most suitable location for installation. NCI Technologies then carried out the installation of the camera, overcoming the various access difficulties of the sites location efficiently, to budget and on time.

Richard Saynor, station manager at Cape Cornwall commented: “The camera will allow Cape Cornwall Watch to greatly improve our ability to help anyone who may get into difficulties in Priest Cove or along the coast towards Lands End.

“NCI Technologies have been helpful and supportive of our aim to improve coastal safety. They advised on the most suitable equipment and best location. Then carried out the installation, overcoming the difficult local conditions. The system that has been installed is easy for the watchkeepers to operate and has a very high quality image”. 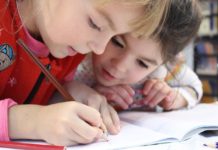