Small businesses are incurring costs of almost £17 billion every year due to criminal activity, according to new research from Federation of Small Businesses (FSB).

“What these latest figures show is the immense pressure that all small firms are facing on a daily basis,” said FSB national chairman Mike Cherry.

“At a time of huge uncertainty and increasing costs, business crime is a serious issue that is devastating firms up and down the country.

“These figures come before other indirect costs such as store closures and staff absences are even taken into account, meaning that the £17 billion figure is estimated to be far higher. Traditional crime, including robbery, fraud and criminal damage, affects around 900,000 small businesses each year and we must tackle this issue before it gets even worse.

“It’s vital that the Government, especially the incoming new administration, help plug the multi-billion pound black hole that is sapping income from small firms and deal with business crime which is serious but often overlooked.

“A major step the Government needs to make is to bring police numbers in England and Wales closer to the European average of more than 300 officers per 100,000 people. At the moment, there are only 212 per 100,000.

“The availability of more police officers and resources is a critical step in ensuring that crimes are both prevented and subsequently investigated. The Home Office must link funding to the proper resourcing of business crime. This sort of action will not only benefit small businesses but the wider economy and the country as a whole.”

FSB calls on election candidates to back small firms 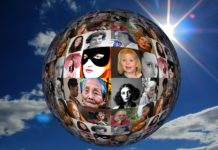