Lusty Glaze Beach has joined a campaign that plans to make Cornwall the first plastic straw-free county in the UK.

Lusty Glaze has committed to ditching the use of single-use plastic straws as part of The Final Straw Cornwall campaign.

According to one of the campaign’s creators, Pat Smith, The Final Straw Cornwall is gaining such significant traction that the county could be plastic straw-free within the next 18 months.

Andi Milson, operations director at Lusty Glaze in Newquay, explained: “We immediately wanted to get involved when we first heard about the campaign so we switched to biodegradable straws, but after doing some research we learned that these straws only break down if you have a solid composting system in place.

“We re-evaluated and moved to paper straws, which are the best alternative currently available. However, as they are a lot more expensive than plastic straws, we will not be giving them out with every soft drink; instead, we will only use paper straws when they are specifically asked for.

“The whole team at Lusty Glaze are behind The Final Straw Cornwall campaign because we believe that Cornwall can lead the way towards eradicating the ocean’s plastic pollution. 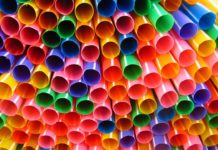 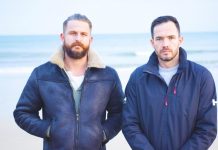