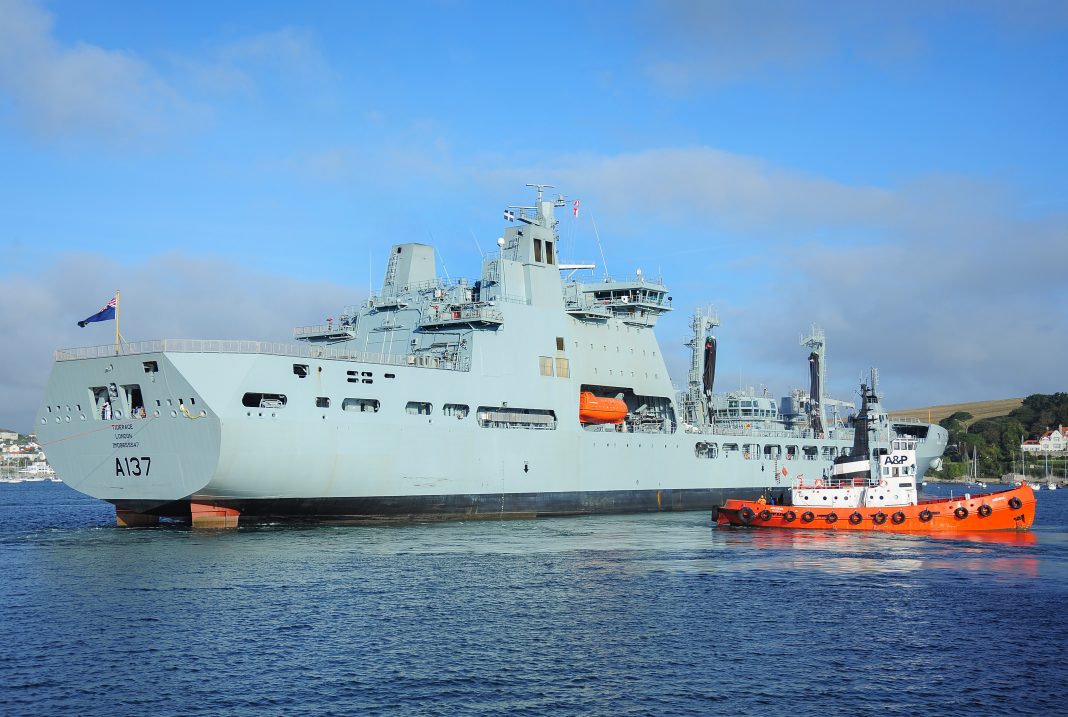 A&P has the Ministry of Defence (MOD) contract to customise and fit out all four of the RFA’s new fleet Tide class tankers and co-ordinate full military Capability Assessment Trials to prepare the ships for operational service.

RFA Tiderace will now undergo a four-month programme of military customisation, armament and upgrades to UK MOD standards before undergoing sea trials, as per the work carried out on the RFA Tidespring, earlier this year.

RFA Tidespring, which is currently undergoing trials, is expected to enter service later this year and Tiderace will follow in 2018.

RFA Tiderace and her three sister vessels (Tidespring, Tidesurge and Tideforce) are part of the MOD’s Military Afloat Reach and Sustainability (MARS) Tanker project and will maintain the Royal Navy’s ability to refuel at sea and support deployed amphibious, land and air forces close to the shore.

They are also designed to support the new Queen Elizabeth Class Aircraft Carriers, along with the rest of the Royal Navy and RFA Fleet.

RFA Tiderace, which weighs 39,000 tonnes, is 201 metres long and has a beam width of 29 metres, berthed at A&P’s Duchy Wharf this morning.

A&P Group MD, David McGinley, said: “This contract recognizes the caliber of the facilities, infrastructure and workforce within A&P Group and is very much testament to the expertise and relationships we have built working in the defence sector alongside the Ministry of Defence.

“Tiderace will now undergo the same programme of works as Tidespring and our team is delighted to welcome the vessel into A&P Falmouth.” 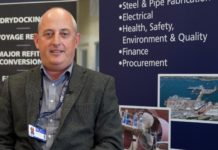