The uncertainty surrounding Feed in Tariff (FIT) payments is likely to remain for some time, despite this week’s Government defeat in the Court of Appeal.

That’s the opinion of local energy efficiency expert Enact, which says the solar industry has been left shrouded in uncertainty and extremely frustrated.

In a statement, it said: “Speculation is that the original tariff of 43.3p may be reinstated until the new deadline of 3rd March 2012.

“However, should the Department of Energy and Climate Change (DECC) win the right to appeal to the Supreme Court which it has asked permission to do, and win, the 21p rate would still apply from 12th December 2011.

“We join the rest of the industry in expressing our frustration that the uncertainty remains. In our opinion the 21p rate is still an attractive option and we would advise consumers to proceed with their installs on this basis prior to 3rd March 2012. If DECC loses its next application to appeal the lucky few who have had a system installed and commissioned prior to 3rd March could benefit from the higher rate.

“Currently it would seem that the uncertainty will continue for some time yet.” 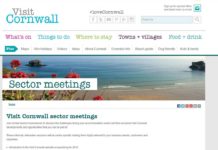