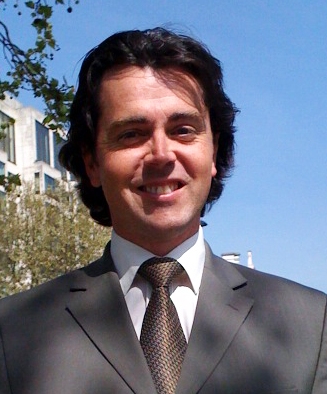 What did you want to be when you were young? An artist.

What was your first full time job? Account Executive at KMP Humphrey’s Bull & Barker – a London ad agency probably best known for coining the phrase ‘Probably the best lager in the world’. I worked on less lofty campaigns like Butlins – though we did at least get to blow that up in one commercial.

What is your favourite book? Most of the reading I’ve done in recent years is bedtime stories with my children and it is hard to beat Roald Dahl. Michael Morpurgo and even David Walliams would be runners up but not in the Mr Dahl’s league.

What is your favourite film? I have quite a few of these but I have to say The Good, The Bad and the Ugly which I’ve loved since the first time I saw it about 35 years ago.

What is your favourite restaurant? Kettners in Soho. Burgers, champagne and salubrious surroundings – what more could one ask for!

How do you like to relax? Walking my dogs along the coast path in West Penwith and getting in the water during summer.

If you could build a house anywhere in the world where would it be? Cape Cornwall.

If you could be a superhero, what superpowers would you like to possess? It has to be flight. Ten minutes would be wonderful.

Who was your teenage pin up? Debbie Harry. Collected cereal packet coupons for a big wall poster. My older brother ribbed me mercilessly about it.

Can money buy happiness? Not as such but it can probably buy you more opportunity for happiness.

Most annoying TV personality? Everyone on Celebrity Big Brother – but then that is the whole point of the show.

What has been the best moment in your career? Some years ago I worked on a development for six months – we turned it on one afternoon and the same day revenue increased 60% and profit doubled. I’ve been trying to repeat that success ever since.

What has been the worst moment in your career? A moment that precedes my career comes to mind. My A-level portfolio of artwork was rejected by the Ruskin School of Fine Art which was the end of my artistic ambitions.

What’s the greatest invention ever? Aircraft – you have marvel at the unlikeliness of jet airliners.

If you only had £1 left in the entire world, what would you spend it on? A pencil and paper. I’d draw something and sell it.

What’s the best thing about Cornwall? The ocean.

What is the most valuable lesson you have learned in life? I cannot say that I properly live by this lesson but as I get older I think Einstein had it about right when he said: ‘Only a life lived for others is worth living’.

What makes you happy? I think simple pleasures. A joke shared with one of my children – that sort of thing.

What makes you angry? Meanness. There is a lot of it about from pomposity and ill-tempered service in restaurants to incredible outbursts of road rage.

What could you not live without? Sleep (not to mention air, water and Smith’s Bacon Fries).

What’s your favourite holiday destination? Australia though recent trip to Tuscany makes that a close second. 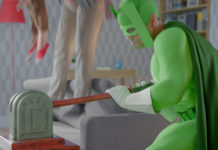 Hotel Derek takes to the air