Redruth-based building firm, KPK Builders and Developers Ltd, has appointed long-standing member of staff Jonathan Cann, as a new director of the company.

Cann joins Tim Kitchen and Charles Williams as one of KPK’s three Company Directors. Jean Kitchen has stepped down as director to become Company Secretary with a view to retiring in the coming years.

Commenting on his appointment, Cann said: “I have been at KPK since I was at school so was honoured to be able to take up the role of company director. As a company, KPK is committed, passionate and dedicated and I am looking forward to continuing this way of working into the future.” 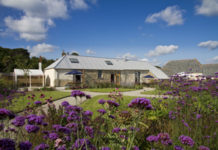