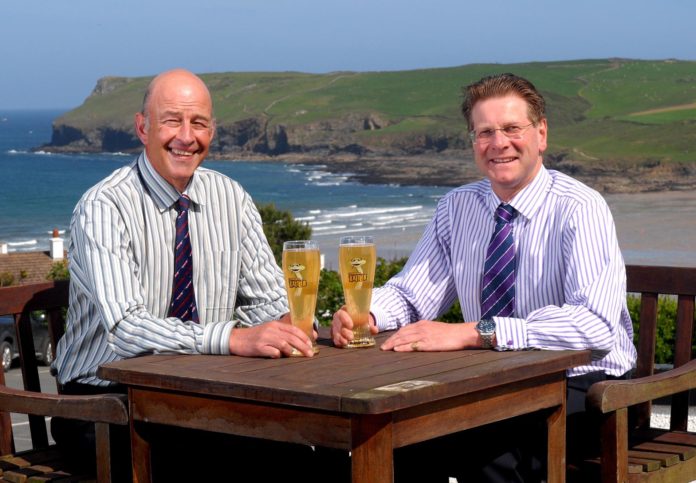 to continue selling the popular Cornish Rattler Cyder in its pubs for the next five years.

An advocator of local sourcing, St Austell Brewery gave Cornish Rattler its first break in 2004 when they agreed to stock the cyder in many of its 168 pubs. The five year deal with Cornish Rattler is a strong commitment towards long term local sourcing and a positive step in driving forward the local economy by working with and supporting local businesses.

The cloudy cyder proved a hit with St Austell Brewery customers leading to Cornish Rattler’s official launch last year to more than 500 free trade pubs supplied by St Austell Brewery across the South West. In the
12 months since then, Cornish Rattler sales have doubled and across the region the cyder has sold more than one million pints, stimulating a significant growth in production at the Cyder Farm in Penhallow near Truro to keep up with demand.

James Staughton said: “It’s great for two Cornish businesses to be working together on what is a fantastic local success story. We’re delighted with the role St Austell Brewery plays in helping Cornish Rattler on its road to success from putting the draught cider into kegs through to distributing Rattler to our own pubs and to free trade customers. We are proud to be continuing our support for it.

“Cornish Rattler has proved popular with visitors and locals alike and shows the demand for local produce which is there and which we have worked hard to promote through our Cornish ales and the locally-sourced food served in our pubs.”

David Healey said: “The association with St Austell Brewery has enabled us to grow our business substantially over the past four years by reaching the many hundreds of pubs St Austell Brewery supplies in the South West. Cornish Rattler is proving to be a very popular drink and we are delighted to see it on the bar in pubs across the region.

“The five year deal puts us in an enviable position as it now secures a position for Cornish Rattler as the cyder of choice in St Austell Brewery pubs.”

Cornish Rattler gets its name from an old fashioned variety of Cornish apples which were grown in the Truro area. At 6% ABV Cornish Rattler has quite a bite; the cloudy, sparkling cyder has a clean and fruity taste that provides a refreshing apple burst.