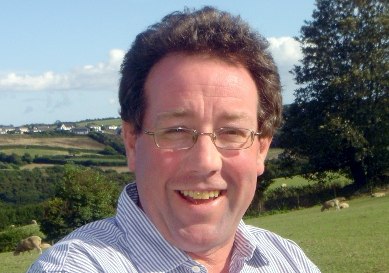 Who is this man, and why isn’t he me?

I set up a small publishing company recently, and part of the process was to establish a Digital Identity. The book I read said: set up a website; sort out your Facebook page; Tweet copiously (but not too much); and when you’ve worked out what Search Engine Optimisation is, do that too.

I did most of it. Not for the company, because the books aren’t ready yet and I’m still comparing free-with-an-asterisk business bank accounts, but for myself. A practice run, you might say. A rehearsal. The Facebook page is never going to be an asset, because my teenage children aren’t reliably business-like in their utterances, and Twitter is a conversation I haven’t yet joined on a regular basis. But the website. Oh, the website.

Anyone remember that film of a few years back? Dorian Gray? Man stays young-looking, but his portrait shows him decaying, so he hides it in the attic. Story by Oscar Wilde; 42% on Rotten Tomatoes; shows up occasionally on Freeview.

I don’t have a portrait in the attic, but this dot-com version of myself does seem to be developing a life of its – his – own. I turn up at the Social Media Cafe, for example, and when I introduce myself, I get this eerie feeling that they already know what I’m going to say …

The dot-com version of myself has been there already. This isn’t Dorian Gray [yes, I work from home, yes, my office is in the attic, no, I’m not going to think about that] but that other one, Dr Jekyll and – what was the other bloke’s name? Hyde? Or perhaps jekyll.com? Now, I know that there’s a rational explanation for all this – they’ve just checked me out online – but don’t you sometimes get the same feeling? That your Digital Identity is somebody just ever so slightly … separate from you? Who’s been there already?

It’s the CV thing, isn’t it? We’re all such dynamic, conscientious, creative, self-starting go-getters that it’s a miracle we can ever tear ourselves away from the office. A Digital Identity, I now realise, and maybe I should have thought about this before putting in all that stuff about – never mind, I can delete it before you find it – a Digital Identity is just a CV that’s escaped.

My CV has gone out into the world. It meets people before I do, and briefs them on what to expect.

So if you ever happen to run into a creative, clever, dynamic, inspired, inspirational publisher with my name on his lapel badge, give him a good time, would you? Listen to what he says and perhaps even buy his books? That’s my CV you’re talking to, and it took a fair amount of work to get him online and out there.

Me? Oh, I’m up here in the attic. Great place to work, I’m left alone … what? You want me to look in the mirror?