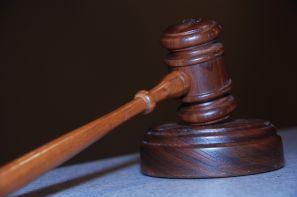 A Cornish accountant who stole around £2 million by defrauding his clients and the taxman, in what is believed to be Cornwall’s largest tax fraud trial, was jailed today for seven years.

Simon Terry Pearce worked as an accountant in St Austell for 27 years, but after complaints were received from a number of his clients, was investigated by HM Revenue and Customs (HMRC).

HMRC investigators discovered that, over an eight-year-period, Pearce claimed tax repayments on behalf of at least 16 clients but failed to pass on some or all of the money due to them.

Pearce also submitted incorrect tax returns, defrauding HMRC of Income Tax, VAT and Capital Gains Tax. He falsified his own Self Assessment tax returns with lower profit figures, lied about authority to receive payments on behalf of a customer, forged a client’s signature on accounts sent to Companies House, and forged letters authorising him to receive Income Tax payments.

In some cases his clients were unaware that their tax returns had been submitted and had no idea they were due a refund.

Colin Spinks, HMRC assistant director criminal investigation, said: “Honest, hardworking people trusted Pearce with their finances, but he put their livelihoods at risk through his own greed. Sadly, he abused his reputation and position to commit tax fraud on a massive scale, stealing from clients and the wider taxpaying public.”

Upon sentencing at Truro Crown Court, His Honour Judge Neligan, said: “There was a considerable degree of planning and that the cheating was persistent.”

He added that Pearce “demonstrated a systematically dishonest approach to tax returns and clearly had some talent, which he sadly used to defraud”.