Cornwall’s historical links with rum smuggling and mining have come into futuristic focus with the unveiling of a £10 million, 30-job vision to create a 100% sustainable rum cask maturation facility – using heat generated by the UK’s first geothermal power project.

The former offshore helicopter pilot-turned-entrepreneur is working closely with Geothermal Engineering Limited (GEL), based at United Downs within Cornwall’s historic mining heartland, and other local partners.

The project would initially see ethically-produced, Bonsucro accredited rum distilled around the world brought to the site, laid down in oak casks made and repaired by CGDC coopers (barrel makers) and stored in the maturation biome to enhance the product’s quality and flavour.

The biome, approximately 14 metres tall at its highest point, would incorporate four maturation pods, each holding 800 x 200L casks, amounting to 640,000L of rum in total which would be tropically matured over a period of five to ten years.

The CGDC team hopes the rum cask maturation facility would be up and running by the late summer of 2022 – and that a demonstrable success of this ‘catalyst phase’ could draw further interest and investment into the creation of a full £30 million Cornish geothermal rum distillery with potential to create up to 100 jobs.

Outline plans for the catalyst phase have been submitted to Cornwall Council, following CGDC’s investment of more than £150k investigating parcels of land in the United Downs area including, with generous cooperation of race track operator Purple Cornwall, land at the United Downs Raceway.

All sites are a pipeline and cable route from where GEL’s project team has drilled over 5km into ancient granite to tap the deep geothermal heat from which significant quantities of clean, renewable electricity and heat will be produced in 2022.

“We’ve been working on our deep geothermal distillery project for the last two years and it is hugely exciting to finally share our plans for this initial ‘catalyst’ stage,” said Clifford.

“We aim to combine our absolute passion for rum with much-needed investment and quality full-time jobs in this part of Cornwall, utilising local skills and businesses. We will be sharing our vision with the communities close to United Downs, so that they have the opportunity to give us their thoughts and impart local knowledge, which will be invaluable to this project.”

Jobs created in the catalyst phase would include highly-skilled master coopers and master blenders as well as offering apprenticeships to local young people. CGDC’s aim is to work with the Cornwall Mining World Heritage Site team to preserve and enhance this historic area and to pay tribute to those who worked above and below this land right back to medieval times.

Ryan Law, MD of GEL, added: “Although electricity production has been our main objective at the United Downs Deep Geothermal Power project, we’ve always been committed to finding an ethical business to make use of the sustainable geothermal heat which is a by-product of the electricity generation process.

“It’s therefore great news to see the rum cask maturation stage of CGDC’s vision coming nearer to reality. I hope that this first stage will be a great success and that in the future we will see the UK’s first geothermal rum distillery at the United Downs.” 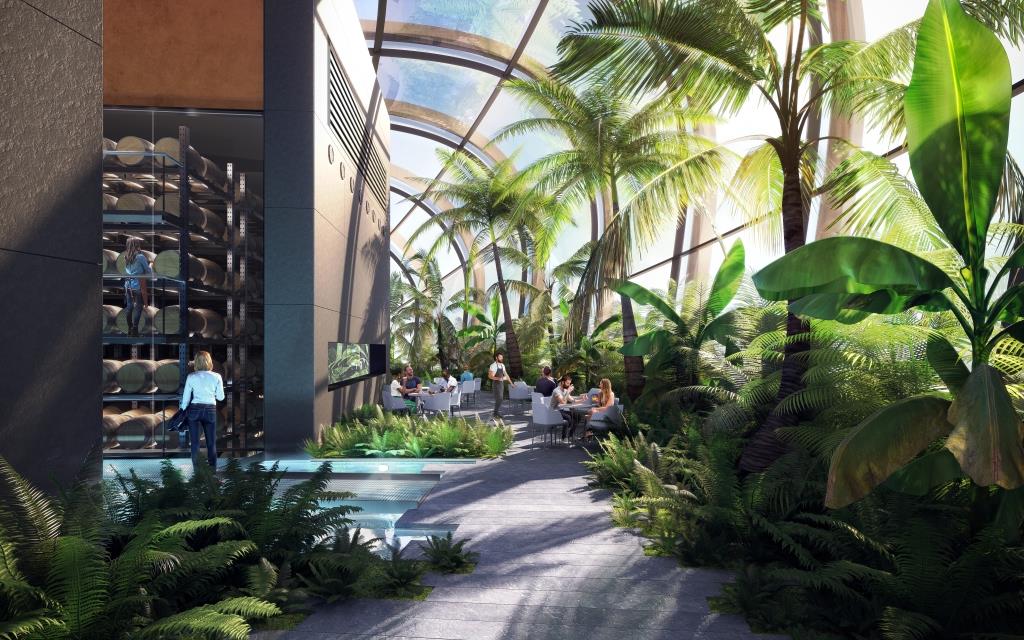