Carbis Bay Hotel & Estate has announced some new developments ahead of the busy summer season; including a new spa manager and a new look for the restaurant and conservatory.

The new C Bay Spa manager, Radhika Khandke, has worked in the spa industry since 1999, when she began a globetrotting career as a therapist on cruise ships.

She soon worked her way up to manager and has overseen the offering in luxury spas around the world – including Australia and Portugal.

Other additions to the Estate at Carbis Bay include a newly refurbished conservatory, making the most of the hotel’s panoramic views of St Ives Bay, and new furnishings and décor for the fine-dining Sands restaurant.

This summer will also see a new beach bar on Carbis Bay beach, alongside investment in the hotel’s al fresco dining areas.

Hotel owner, Stephen Baker, said: “It is really important to us at the Carbis Bay Hotel & Estate that we continue to offer the highest standard of facilities and service for our guests and visitors.” 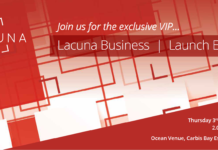 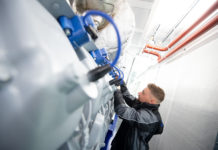