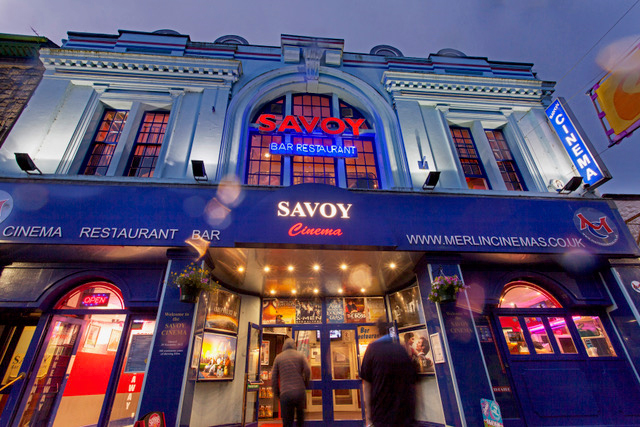 The Savoy Cinema in Penzance has temporarily closed to undergo the first phase of a major refurbishment and extension.

This first phase will refurbish the existing large screen one with new seats and projection equipment; the existing screens two and three will be amalgamated to form a new larger screen two. This is all expected to take around eight weeks, after which this part will re-open.

The extension works to the Savoy are already underway next door, where two more screens are being constructed in what was the old brewery building.

This second phase of the project includes ten new flats and offices on the upper floors, along with new toilets and disabled facilities for the entire finished building. It is expected to be completed by Summer 2018.

Finally, in a third phase which will start early next year, the shop to the front of Champions Yard will be altered to provide a new linked bar and restaurant to the cinemas.

The Savoy which originally opened in 1912 was acquired in 1990 the first cinema in what has become the Cornwall-based independent cinema group, Merlin Cinemas. It was converted to three screens in 1993 and opened by Jack Dixon the Mayor of Penzance. Since then over a million tickets have been sold and the industry has undergone the huge change from film to digital projection.

The whole project is costing almost £2 million and follows on from the success of the remodelled and refurbished Regal Cinema in Redruth.

Director, Geoff Greaves, said: “This project is complicated and has taken a long time to get started, we had not wanted to close for any period, but in the end it will be for about two months. However, I am sure the end result will be worth waiting for.”