HM Revenue & Customs (HMRC) is warning taxpayers in Cornwall and the Isles of Scilly to be vigilant following reports that thieves are making phone calls pretending to be the taxman.

The fraudsters inform taxpayers they are due a tax rebate, and ask for their bank card details over the phone. They then attempt to take money from the account using the details provided. Victims risk having their bank accounts emptied and their personal details sold on to other organised criminal gangs.

The warning comes amid a recent surge in the number of tax scam “phishing” emails reported to HMRC. In the last three months, HMRC has shut down over 180 websites that were responsible for sending out the fake tax rebate emails.

Chris Hopson, director of customer contact at HMRC, said: “We only ever contact customers who are due a tax refund in writing by post. We never use telephone calls, emails or external companies in these circumstances. We strongly urge anyone receiving such a phone call not to give any information to the caller, but report it to the police straightaway.

“If customers receive an email claiming to be from HMRC, we recommend they send it to us for investigation before deleting it permanently.”

If you have reason to believe that you have been the victim of an email scam, report the matter to your bank/card issuer as soon as possible. If in doubt  check with HMRC. 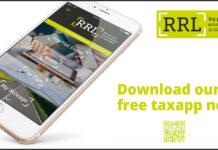