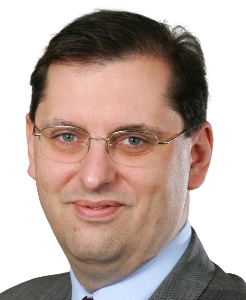 Denis Woulfe, Senior Practice Partner at Deloitte in Bristol, considers what Alistair Darling may have in store in Monday’s Pre-Budget Report

“The newspapers have been full of suggestions about major tax cuts, fuelled by some comments from the Prime Minister,” says Denis Woulfe.

“Some have argued for a huge cut in VAT. However, a 2.5 per cent cut to 15 per cent – the minimum VAT rate allowed under EU law – would cost about £12.5 billion, but yield only about £200 per annum for an average earner. We believe that if tax cuts are introduced they will be carefully targeted, so as to aid primarily low earners and small businesses.

“We should look for above inflation increases in personal tax allowances – perhaps restricted to basic rate taxpayers by cutting the higher rate tax threshold – together with above inflation increases in tax credits and benefits. Businesses could be offered a deferral in paying tax – essentially a Government loan, at a time when some are finding it hard to obtain bank finance.

“An extra loss-carry-back could also help, by allowing businesses to recover tax paid in earlier years (the current law allows a one-year carry-back; in a previous recession this was increased to three years).”

“The first area we know the Chancellor will cover is the permanent replacement for the abolition of the 10 per cent tax rate, announced by Gordon Brown in 2007, but effective in 2008,” comments Denis Woulfe.

“The emergency compensation was an increase in personal allowances which delivered a tax saving of £120 to people earning less than £40,000. Of course, those receiving tax credits may not have received the full benefit – but they have not lost out, either, due to the credits. Increasing personal allowances to benefit basic rate taxpayers cost £2.7 billion.

“We expect that the Chancellor will continue this compensation package. It seems highly unlikely that he would reinstate a 10 per cent band (which, at the 2007 level, would cost over £7 billion). There is no other effective way to reach many single earners – unless of course a new tax credit (or benefit) is introduced. One disadvantage is that the NIC threshold and income tax threshold are no longer aligned; we expect that in due course future Chancellors may wish to restore alignment.

“However, this would cost over £3.3 billion (since the threshold applies both to employee and employer contributions). It would be possible to increase the lower threshold and pay for it by putting up the upper threshold – but this would hit people earning just above the current upper threshold (£40,040) whilst benefiting those earning less than this amount and not affecting those earning above £42,000.  Alternatively, the rate of employer contribution could be increased slightly.

“Personal allowance and benefit rates are traditionally announced at the PBR. The law provides a default option, whereby allowances are increased by the September RPI – unless the Government chooses to override it specifically. RPI is generally thought to have peaked at 5 per cent in September.

“The Chancellor may consider providing assistance for those hit by the fall in pension fund values – possibly by extending the time limit for purchasing pension annuities. Other personal tax areas where we could hear more in the PBR include income shifting and travel expenses for temporary workers. After the Government’s defeat in the House of Lords in Jones v Garnett (Arctic Systems), the Treasury proposed legislation to reverse the case. However, whilst their proposals could have worked in very simple cases, there would have been a significant compliance burden for many other family-owned companies and partnerships.

“The Treasury announced at Budget 2008 that the proposals would be reconsidered; we hope that they will not reappear, but fear they might. Travel expenses for temporary workers concerns potential tax evasion by some temporary workers and their ‘umbrella’ employers. However, the proposals announced would adversely impact other workers not abusing the system. Our view is that HMRC needs to increase its compliance efforts in this area, rather than seek a change in law.”

Companies will expect announcements in three areas, according to Denis Woulfe, all of which have been subject to consultation.

“The most important area is Foreign Profits – the UK tax charged on profits earned by overseas companies, owned by UK companies,” he said.

“It is well known that a number of UK multinationals have relocated their headquarters to other countries, as they feared an increase in UK tax on overseas earnings, or were affected by uncertainty. The previous Financial Secretary outlined in July a possible reform package, being a tax exemption for dividends, accompanied by a cap on interest deductions allowed against UK profits.

“It is well known that the Treasury has worked extensively on this package and the Chancellor may well announce reforms to take effect from 1 April 2009. Such a reform would be welcomed by many – although some companies would be adversely affected by the interest restrictions.

“However, what is more important is whether the Chancellor is prepared to propose reform of ‘controlled foreign company’ (CFC) legislation – law which charges UK tax directly on profits earned overseas, where little or no overseas tax is paid. Groups have left the UK not because of dividend taxation – but because they feared paying more tax under the CFC rules.

“There are likely to be two other announcements about interest: firstly, we expect some new anti-avoidance rules applying to ‘disguised’ interest (cases where companies transform taxable interest income into a non-taxable form). This is likely to be a good result for the consultative process, as initial proposals were announced in 2007, before being substantially modified in September 2008 to be focussed on potentially abusive scenarios, whilst not generally affecting commercial transactions.

“Secondly, the Treasury has been concerned that rules which defer interest deductions where interest is not actually paid may breach EU law. Accordingly it has been consulting on how best to change the law and may announce the results of this process at the PBR.

“The Treasury has moved early to close some planning opportunities in the leasing area. Leasing has long attracted tax planning and the Government moved to change the entire regime in 2006. However, the changes have apparently thrown up their own opportunities and thus have required several changes to the new law. There have been similar issues with Stamp Duty Land Tax, where again the entire framework of the legislation was changed, throwing up new gaps. It would not be surprising to find some changes in this area, affecting commercial property transactions.

“All in all, this will no doubt be a political Pre-Budget Report, given the current economic climate and the attention being paid to fiscal issues at present. We hope it runs more smoothly than 2007.”