Cockwells Modern & Classic Boatbuilding is to reveal a new concept for the latest vessel in its Duchy Motor Launches fleet at this year’s Southampton International Boat Show (SIBS21).

The Mylor-based boatbuilder will also showcase the first Hardy motor yacht to be launched in Cornish waters – the Hardy 42 Hybrid – as well as release the specifications for its Hardy 45 and Hardy 53.

Ranging from 21ft to 60ft, Duchy Motor Launches are a semi-production range that “combine the classical lines of the gentleman’s launch of generations past with polished styling and modern luxury”.

The Duchy Sport, however, is said to be a new departure, described as “the ultimate family fun boat that is perfect for active water sports enthusiasts”. 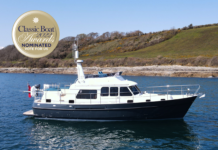 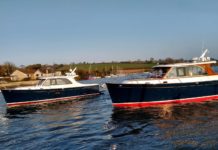 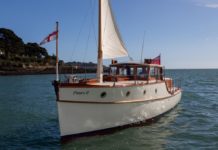 Cockwells up for Classic Boat Award