The latest Marketing Trends Survey from The Chartered Institute of Marketing, conducted by Ipsos MORI, has found that although marketers in the South West are overwhelmingly gloomy about the UK economy, many are optimistic about their own prospects and those for their own organisations. Three quarters of marketers based in the South West believe that the UK economy will deteriorate over the next 12 months. However, a significant minority (15%) believe that the UK economy will improve in the year ahead – higher than any other region in the UK.

This optimism can be seen consistently throughout the survey.

More marketers in the South West expect business for their organisation to improve in the next 12 months than get worse (31% and 24% respectively).  And 54% are not worried about their job prospects in the year ahead, though 29% are concerned – amongst the lowest across the UK.

The confidence of the region’s marketers may stem from widespread recognition amongst businesses of the fundamental role marketing plays in a recession. When asked whether marketing was seen as key to their organisation’s future prospects in the economic downturn, 71% of marketers in the region agreed – the highest figure across the UK.

Marketing spend (excluding salaries) in the region is up sharply since the Spring 2008 survey at 9.38%, up from 7.3% six months ago, and considerably above the UK average of 7.59%.

Commenting on the survey’s findings, David Thorp, director of research and information at The Chartered Institute of Marketing said:“Marketers in the South West are clearly more optimistic about their own prospects in the recession than the rest of the nation. With so many organisations in the region recognising marketing’s vital role in creating real value, the region’s marketers must make sure they deliver that value and clearly demonstrate how indispensable they are to their organisation.” 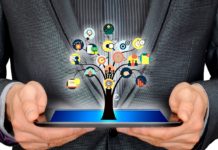 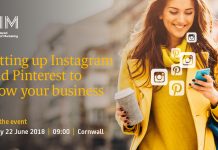 Tourism marketing in the spotlight