The Cornwall Film Festival (CFF) has added a range of new sub awards to its 2019 competition and has secured support from International Casting platform WeAudition, which is supporting two new acting awards – Best Actor and Best Ensemble Performance.

Cornwall-based The Writers Collective is supporting the new award for Good Screenwriting in a short film.

Cornwall Film Festival has been going for 18 years, annually running a three-day film festival, which this year takes place from November 15-17 at The Poly in Falmouth.

CFF still has a range of sponsorship and marketing opportunities for interested business and individuals. Including main festival sponsorship and for awards including Best Cinematography, Best Short and an award recognising Female Filmmakers. To find out more email: productions@cornwallfilmfestival.com 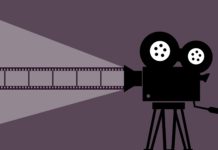 A triumph for Reel Women