A Cornish robotics firm has won a contract with the Cape Kennedy Space Center in Florida.

Penryn-based Engineered Arts will dispatch one of its 5ft 9in tall robots – RoboThespian – to greet visitors to the space agency this autumn.

The remarkably life-life robot, which appeared on last night’s ITV News at Ten, has humanoid eyes created by mobile phone screens and can be controlled by a touch screen. It can speak and interact with people, while compressed air, pumped around the robot like blood through veins, allows it to move its body in a human-like way.

NASA chose the Robothespian after seeing it in operation at a trade show.

Engineered Arts director Will Jackson, said: “We got chatting to NASA and they said it would be a really good thing to communicate their ideas.

“We are very proud. It is a triumph for west country technical prowess and engineering know-how. We beat some of the best robot-making companies from the US and Japan.” 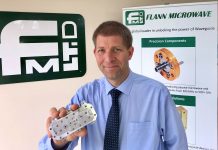 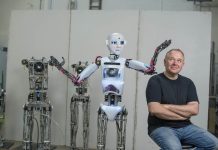