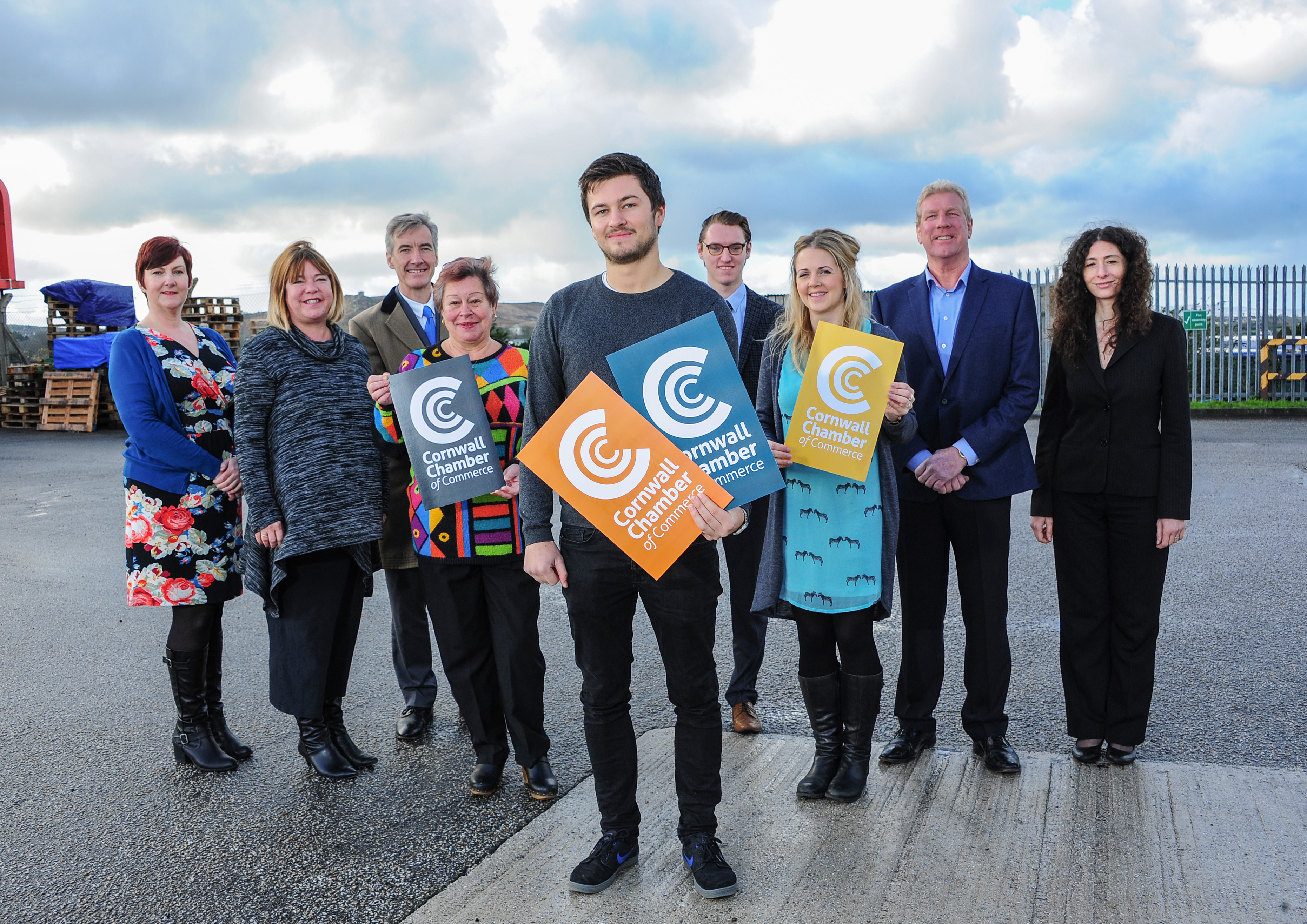 The Cornwall Chamber of Commerce has rebranded with the help of a local marketing agency and a Falmouth University student.

Cornwall Chamber has grown significantly over the last 12 months, more than doubling its team and being only one of three chambers in the country to have increased membership by 20%.

Consequently, it was felt the time was right for a fresh new look.

One of the students selected last year was Harry Lee; he worked with the Nixon team on a rebranding process for the chamber, and led on the creation of a new marque which has been implemented across all of the chamber’s communication channels.

Martin Nixon said: “We believe it’s very important that students are rewarded both in financial terms for their work, but also by working on compelling live projects.

“We’re delighted that we’ve been able to facilitate this rebranding project on behalf of the chamber. Harry is a very talented designer and a credit to his course- he’s clearly destined for a very successful future career.”

The new brand was officially launched at the chamber’s monthly breakfast networking event and chief executive, Kim Conchie, said: “We’re thrilled with our new brand; not only have we got a new logo, we’ve also refreshed our website and given the whole feel of the chamber offices a vibrant new look.

“Harry was extremely professional and is a credit to Falmouth University – we wouldn’t hesitate to work with another student on a different project in the future.”