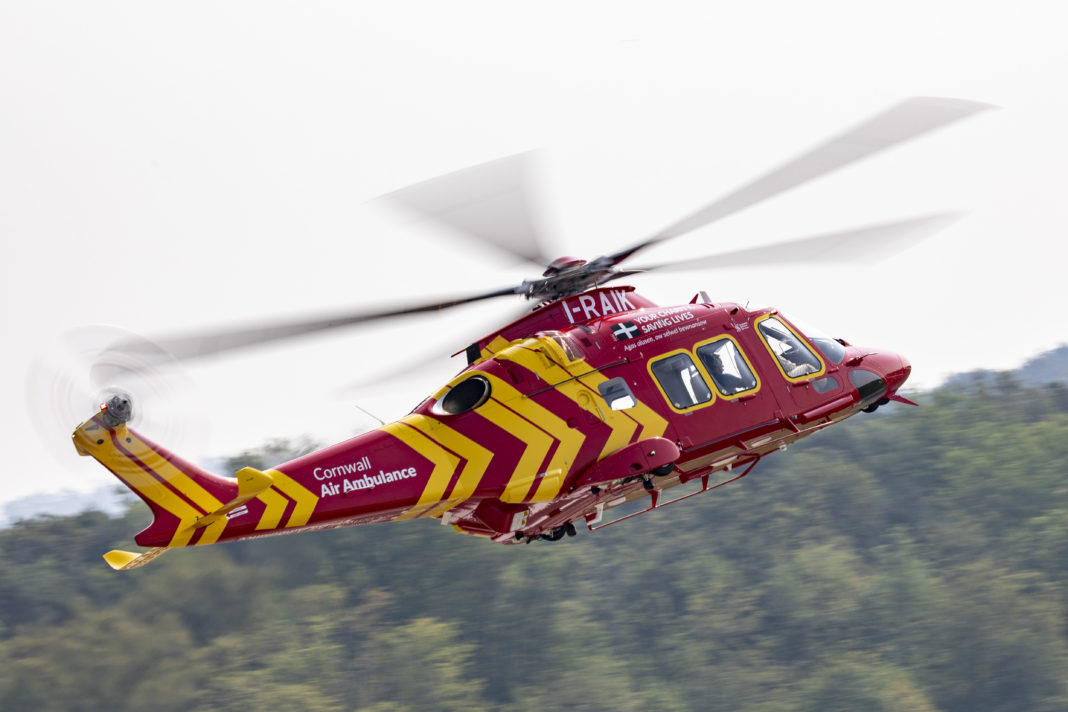 The livery design of the new Cornwall Air Ambulance helicopter has been unveiled by the charity.

Designed in collaboration with the charity, members of the community and marketing agency Wolf Rock, the helicopter will return to its original red colour with yellow chevrons. It incorporates the charity’s proud Cornish identity, with the St Piran’s flag and Cornish language featuring prominently.

The helicopter will cost £7.5 million, and for the first time in the charity’s 32-year history, will be owned by the charity and not leased.

Barbara Sharples, trustee & chair of the New Heli Appeal board, said: “We are delighted to be able to give our supporters a glimpse of what the new helicopter will look like.

“It’s their helicopter and it is only thanks to the generosity of everyone that has supported the appeal so far that we are at this stage. We have a long way to go in the New Heli Appeal fundraising campaign- with over £750k left to raise by April 2020, so we need everyone’s help to turn it into Cornwall’s brand new air ambulance and bring it home where it belongs.”

The AW169 helicopter is being built in Italy by helicopter specialist Leonardo. It will continue to bear an Italian registration while it undergoes manufacturers test flights over the next few months, before being brought to the UK to be fitted out with a special medical interior.