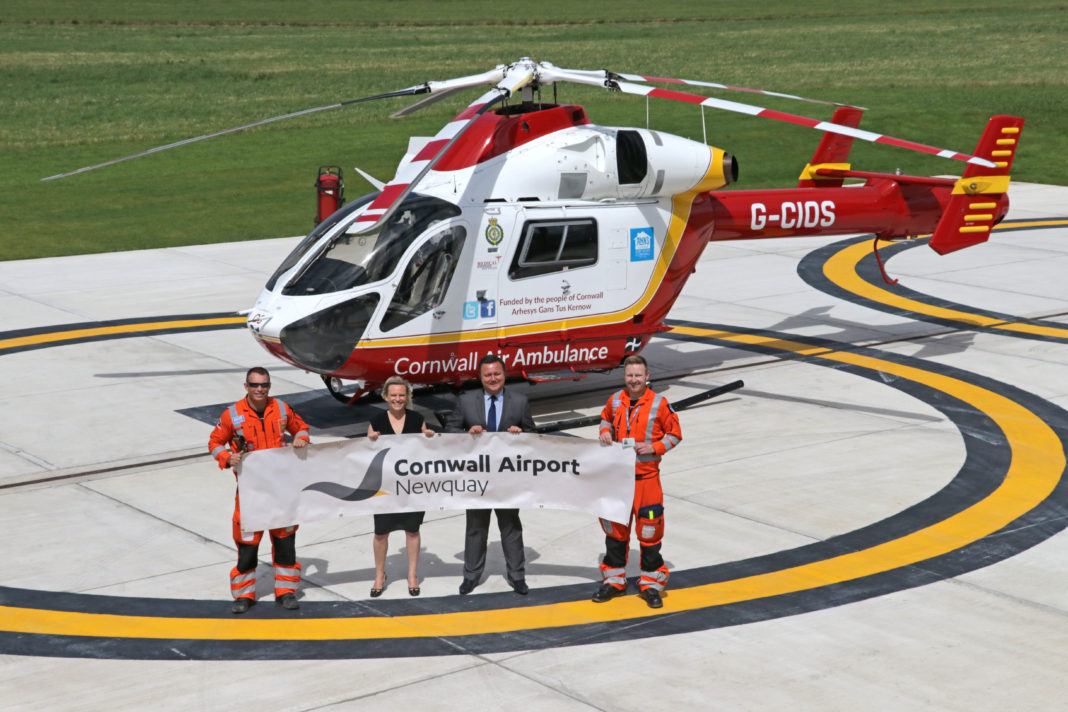 Cornwall Airport Newquay is taking being a good neighbour to new heights by choosing Cornwall Air Ambulance as its charity of the year.

Workers at the airport chose to raise money for the lifesaving charity during a staff vote which saw Cornwall Air Ambulance come out on top.

Jackie Southon, the charity’s head of income generation said: “Both organisations have worked closely together for many years due to the fact Cornwall Air Ambulance headquarters is located at the end of the airport’s runway.

“We’re now taking that relationship to new heights and we’re very grateful to all the Cornwall Airport Newquay staff who voted for us to be their charity of the year.”

Al Titterington, Cornwall Airport Newquay’s MD, added: “We’re proud to be supporting the Cornwall Air Ambulance as our charity of the year. The air ambulance provides an essential service for both Cornish locals and visitors to the county.

“The fact that this partnership coincides with the 30th anniversary of the air ambulance service is an added bonus and we hope that this initiative will bring even more attention to the wonderful work that they do throughout the year.”