The event surpassed all fundraising targets raising a total of £2,644.88 for local charity CHICKS (Country Holidays for Inner City Kids).

The event formed part of a series of Twestival Local events, which were held at locations across the globe between the 10th and 13th September.

The Cornwall Twestival Local charity, CHICKS, provides free respite breaks for disadvantaged and vulnerable children aged 8 to 15. They include children in care; those suffering poverty, illness or bereavement; child carers; victims of abuse and crime; and children whose parents are addicts.

CHICKS gives these children a free, fun-filled break in Devon or Cornwall, where they make new friends, enjoy new experiences, grow in confidence, motivation and ambition, and leave with an increased sense of self worth.

“We are so grateful for everyone who helped raised so much money for CHICKS. The total raised far exceeded our expectations and it means we can do a lot more with the money than planned. The money raised means we can take two Cornish children on a six-day camping break and also buy the planned new equipment for the children’s centre. We rely entirely on donations, so are extremely thrilled with the kind support of everyone involved with the Cornwall Twestival Local event.”

Guests at the event enjoyed a top night of entertainment and live music from Cornish singer and songwriter, Sophie Stokes. The headline performance came from Paul McGahan, one of Cornwall’s top male vocalists performing with his band, Breakthru.

As well as the money raised from ticket sales, throughout the evening a series of prizes donated by Cornish businesses were also auctioned off by Pirate FM’s James Martin and the current Miss Cornwall, Charlotte Holmes.

Guests bid on top prizes including a two-night stay at Scarlet Hotel, return tickets with Air Southwest and tickets to local visitor attractions including Newquay Zoo and the National Maritime Museum.

Aren Grimshaw, one of the organisers of Twestival Cornwall Local, said:

“We are delighted with the amount of money that has been raised for CHICKS. Thanks to the generosity of guests, we exceeded our fundraising total. Thank you to everyone that attended and to the businesses who sponsored the evening. Thanks also to Andrew Weaver of Live Events South West who helped to put us in touch with performer Sophie Stokes.”

The Twestival concept, which started on the micro-blogging platform, Twitter, aims to connect people offline at the same time as raising money for worthy causes. 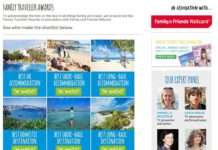 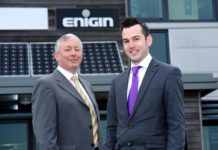 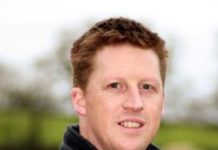