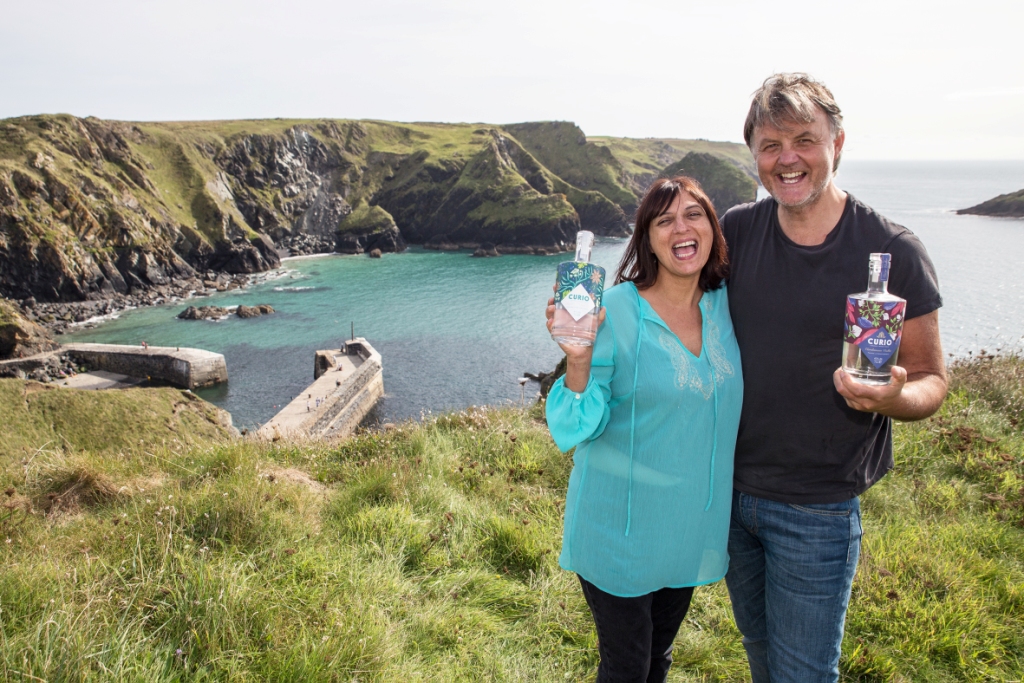 Cornwall-based artisan distillery, Curio, is celebrating a month of awards and exciting news.

Its  flagship gin, Curio Rock Samphire, has scooped a top award in the International Wine and Spirits Competition (IWSC).

This time Curio Rock Samphire was presented with a gold medal with a judge’s score of 90% to 92.9%, moving up from its silver medal last year.

Curio director and head distiller William Tyler-Street said: “The award is particularly special as only 14 gins worldwide were awarded a gold medal this year in the same category.  Curio is certainly making an impact on the international gin market.”

William Tyler-Street, and his wife Rubina who is a partner in Curio Spirits Company, are also celebrating the news that Tyler-Street Gin, another gin from the Curio stable, was awarded two silver medals in the IWSC.

While Curio has been expanding with new outlets across the UK and as far away as Hong Kong, news of a new supply deal with Ei Group, the largest pub company in the UK, is set to take the gins even further.

Ei Group owns or operates c4,600 pubs across England and Wales, all of which will now have the option to stock Curio Rock Samphire Gin and Tyler-Street Gin, distributed by Carlsberg UK.

Rubina Tyler-Street said: “This is a huge step-up in our number of potential outlets and broadens our scope for expansion.”

In its mission to become more responsible with its products, Curio is currently undergoing a process to adapt its Curio Spirits bottles and source bespoke packaging.