A Cornish design agency has been shortlisted for a prestigious international web design
award, for their work on the Eden Sessions website.

Richard Quick Design, from Penryn, is a ﬁnalist in the “CSS website” category at the South by South West Web Awards, which are held each year in Austin, Texas.

South by South West is a week-long media festival which has been running for over 20 years and attracts top industry insiders from the worlds of Film, Music and Web Design.
Daniel Oliver, senior designer, said: “South by South West is the most prestigious web conference in the World, and the awards really are the ʻOscarsʼ of the web design world,
so to be a ﬁnalist is a massive compliment.

“Weʼre extremely proud of our work on the Eden Sessions site and the team put in a lot of hard work to get it completed, so to get this level of recognition means a lot to us, especially as weʼre the only ﬁnalist in our category from the UK.”

As well as being visually appealing to music fans, the site was designed to rank well on Google and to be accessible to people with disabilities.

“With a music site, itʼs obviously important to look attractive and appeal to the key target audience,” said Richard Quick, creative director, “However ultimately the aim is to sell tickets, which is why it was important the site ranked well in Google.

“We love the way the Eden Sessions site looks, but what weʼre most proud of is that we got it top of Google for some really competitive keywords like ʻverve gigʼ and ʻkaiser chiefs gigʼ. This meant that at itʼs peak, the site got over 24,000 visits a month.”

The Eden Sessions are a series of music and comedy gigs at the world-famous Eden Project near St. Austell. Rock band Oasis are headlining this yearʼs Eden Sessions, while last yearʼs acts included the Kaiser Chiefs, the Verve and comedian Bill Bailey.

“RQD worked extremely hard to launch the website to our unbelievably tight deadline last year and delivered the site bang on time. The awards are aimed to uncover the best new websites and celebrates those who are building tomorrow’s online trends−so just to be short-listed is huge.

“In 2009 we’ve more exciting digital plans for the Eden Sessions−we’re launching a new back-stage blog, an Eden Sessions Youtube Channel, and hope to have even more online video interviews and concert footage.” 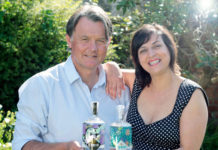 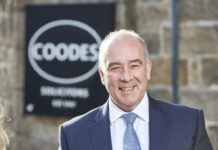