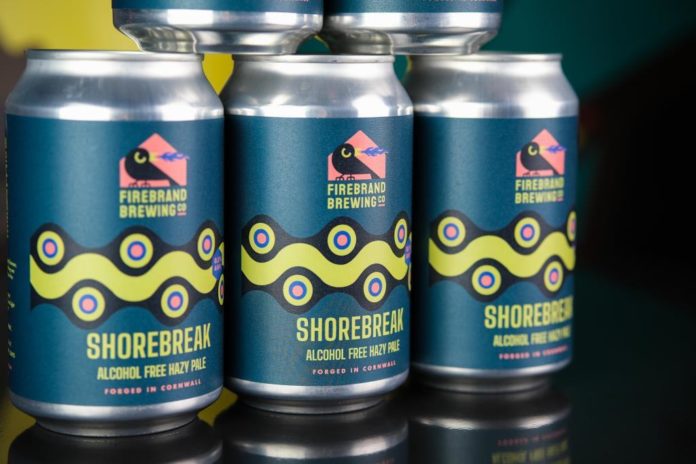 Firebrand Brewing Co is entering the alcohol-free market with the launch of Shorebreak Alcohol-Free Hazy Pale.

Joining the brand’s core range, the new non-alcoholic brew is said to be the first of its kind to be produced by a craft brewery in Cornwall. It is brewed with Simcoe, Citra and Cascade hops for a “welcoming bitterness alongside tropical fruit”.

Joe Thomson, co-owner and head brewer at Firebrand says that he became interested in developing an alcohol-free beer through a personal desire to live a healthier lifestyle.

“I wanted to cut down on alcohol without giving up beer,” he said. “I tried many different styles of alcohol-free beer but found them watery, thin and lacking flavour. They were often full of lactose to add depth too.

“So, I decided to brew one that provides everything I like, the first really great Cornish alcohol-free craft beer. Shorebreak is low-calorie, full-bodied and loaded with hops to immediately appeal to any craft beer fan.”

“Living in a county like Cornwall, the designated driver is a very important friend to have,” he continued. “Shorebreak was created for everyone to be able to enjoy beer without always feeling buzzed.” 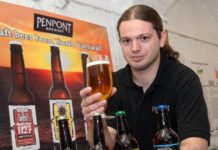