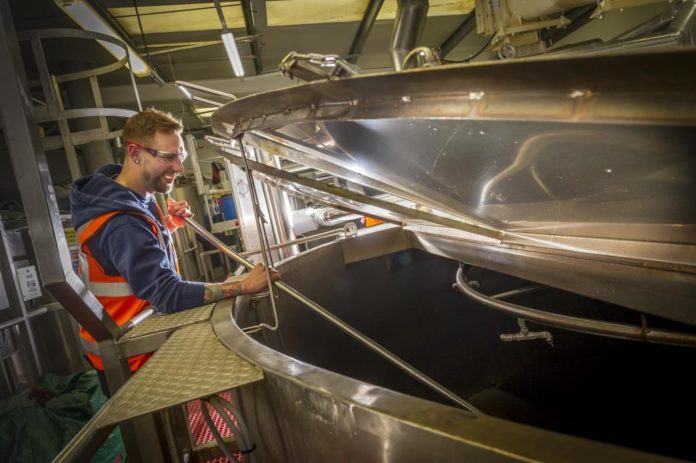 Sharp’s Brewery will be making all of its beers from 100% green electricity, it has been announced.

Sharp’s owner, Molson Coors, has become the first major brewer in the UK to produce all of its beers and ciders using 100% renewable electricity. This long-term agreement covers all of its UK operations including the Sharp’s Brewery production site at Rock.

Molson Coors has signed a Power Purchase Agreement with one of the world’s leading renewable energy companies, RWE, to supply its UK operations with electricity generated from the Tween Bridge wind farm in South Yorkshire. Under the terms of the ten-year agreement, RWE will deliver around 75 gigawatt hours of green electricity per year through its 22 turbines which will power the brewery at Rock.

Commercial director at Sharp’s Brewery, Dai Griffiths, said: “I speak on behalf of the team here in Rock when I say that we are thrilled with this switch to 100% green electricity.

“We are proud to be among major companies signing up to the Science Based Targets Initiative and to know we are helping to lead the way to a more sustainable future. As a major player in the UK brewing world, it is important that we take the lead and share the responsibility.”