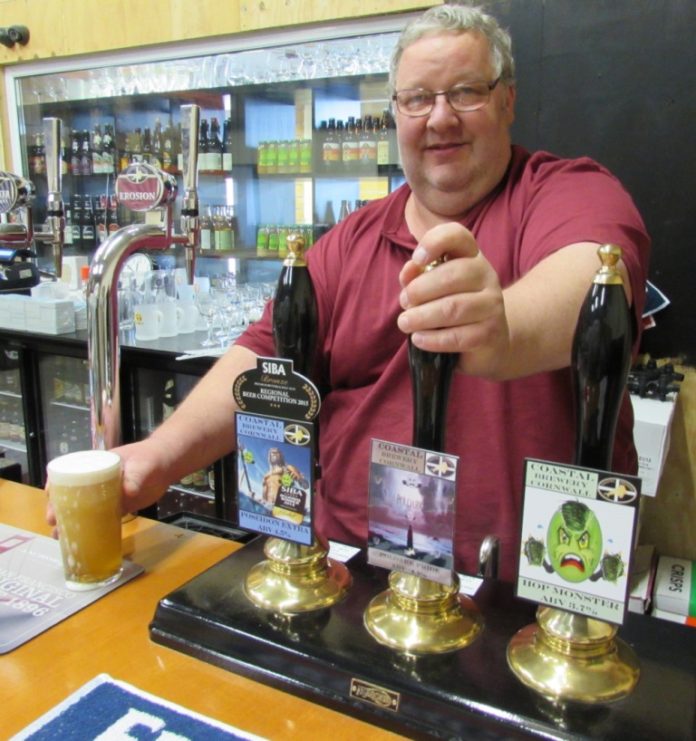 The bar – or micropub – at Unit 10C on Cardrew Industrial Estate, is next to parent company Coastal Brewery and features three cask beers from the brewer, as well as a line-up of keg beers, including Lowenbrau lager, Gouden Carolus Hopsinjoor, Leffe Blonde and Erdinger Dunkel, as well as keg versions of Coastal beers, such as the popular St Piran’s Porter.

Micropubs are a modern licensing phenomenon, popping up all the country, usually in former retail premises, although industrial estate sites are not unknown.

They specialise in beer and conversation – no distractions like music, games machines or big-screen TV.

For owner Alan Hinde it’s a return to the bar, having run one of Crewe’s most successful pubs, the Borough Arms, before moving south to Cornwall in 2005.

“I’ve always been a fan of Belgian beers and made them a speciality when I ran the Borough,” he said.

“The Belgian beers have been very popular in bottle in the shop so now we’re getting some in on draught, all served in the proper glasses, which we also have available for sale. The bottles are available to be served in the bar, too.”

The bar and bottle shop is open until 3pm Monday to Thursday and on Saturday, and until 7pm on Friday, although times may occasionally vary.