The head chef of the Merchants Manor Brasserie has made it through to the semi finals of the 2014 South West Chef of the Year competition.

Dale McIntosh will be the sole representative from Cornwall battling it out with seven other professional chefs from across the south west at the semi-finals at Exeter College on October 11.

Judges in the competition are made up of a panel of renowned chefs including Michael Caines MBE and Mark Hix as well as local celebrated chefs Nathan Outlaw, Paul Ainsworth and Neil Haydock.

With more than 15 years’ experience in the kitchen, McIntosh has established his reputation working in many of Cornwall’s favourite restaurants and gastro pubs including The Pandora Inn and Bustopher’s Bar Bistro before taking over the helm at the Merchants Manor Brasserie in January last year. 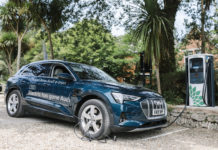