Following the refurbishment of a number of the hotel bedrooms and a complete overhaul of the Waterloo Restaurant last year, the Wellington Hotel, which is one of Cornwall’s oldest coaching inns, has been awarded a three star rating from both the AA and Visit Britain.

And just six months after appointing a new head chef, the restaurant has been awarded two AA Rosettes, to go with the Sustainable Restaurant Association accolade it picked up last month.

Hotel owner, Jonathan Scott, said: “The three awards are true testament to all the hard work the entire team has put in during the past 12 months. It was always my aim with the Wellington to raise the bar and create the feeling of a country house hotel by the sea that serves exceptional food.” 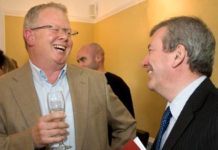