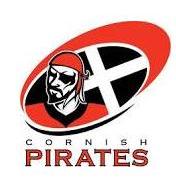 Pirates owner Dicky Evans revealed today that Lewsey, who has a home in St Agnes, will be working with the club on consultative and part-time basis from April to September.

Among the services that Lewsey has agreed to perform are reviewing the club’s on and off-field performance.

He will also liaise with stakeholders in the club’s plans to develop a new stadium; establish a clear brand strategy, and assist with the search for a new CEO, following Rod Coward’s decision to step down at the end of the month.

In a statement on the club’s website, Evans said: “I can think of nobody better worldwide who would bring what we now need at the Pirates to progress further as a professional rugby club on and off the field.

“His CV is, of course, top notch but of special significance has been his ability to switch his outstanding sporting ability into the area of business, deliberately differentiating himself from his peers in rugby by learning and adopting a broader set of skills in some of the world’s most challenging industries.

“Josh and I have been in touch for a couple of years on the future of rugby in Cornwall, the Pirates and the stadium and his advice to me behind the scenes has been invaluable.”