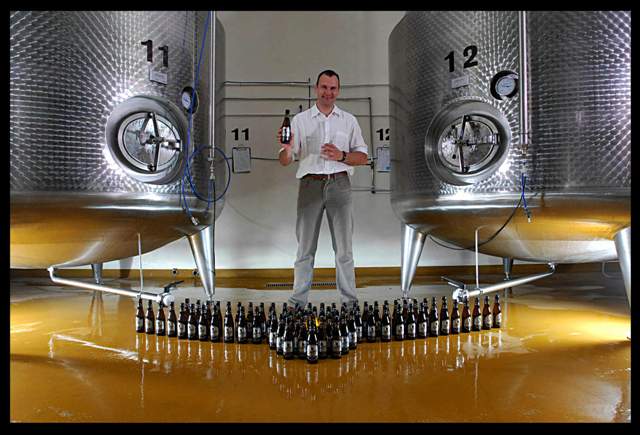 The June issue of Business Cornwall magazine, out next week, features an in depth and exclusive interview with Joe Keohane, director of the Good Pub Guide’s Brewery of the Year 2008, Sharp’s.

Here’s a quick preview of what to expect…

….BC: What about export?

JK: About 5% of our trade is export at the moment. We’ve been quite successful in Asia funnily enough, Hong Kong and Japan. Doom Bar is doing incredibly well from the stats we have and is probably the best selling cask beer in Japan. We are just doing a trial in Tokyo at the moment going very well. We do a bit in Canada, Nova Scotia is a very good market for us. Then in Europe, Denmark, Italy, a little bit to Ireland.

BC: How do you gain access to such markets? Why Nova Scotia for instance?

JK: You have got to meet people. The Nova Scotia one, the liquor board came over on a visit with the trade bodies and I invited them down here and it began from there. Hong Kong came about after going on a trip a year before last and meeting the right person.

BC: Do you anticipate an expanded Newquay airport will present new opportunities?

JK: I think it will, it will bring more people and from areas that wouldn’t traditionally come to Cornwall.

JK: You can’t no. I would welcome any expansion really.

BC: How is the brewing industry doing in general at the moment?

JK: It’s a mixed bag really. The overall market has been in slow decline, about 2-3% over the last five years. But over the last 12 months there has sea change in the mixed industry wise. Up until then the lager brands were pretty much in constant growth, the standard lagers like your Fosters. That now has swung around to cask beer which is seen a key foot fall driver with the bigger companies.
Punch in particular would see cask beer as the main attraction to people who would come into a pub to buy food as well as beer, where lager is not seen to have that kind of draw. So we’re doing a lot of work with big companies not only on beer but food as well, how beer can work with food, that’s been the biggest change. It’s good for us because it means there is a renewed excitement about cask beer. It obviously means the big lager businesses are working incredibly hard to get their brands re-established so in the medium term, I think it will lead to more competition.

BC: But pubs are struggling I take it?

JK: It depends on where the pubs are and what the focus is. We’re seeing the wet-led pubs, the ones that depend on wine and beer sales, they are having a very hard time. The ones that don’t have good outdoor smoking areas, they again are struggling, but the ones that are doing well are the ones that are putting up good food offerings….

To read the full interview with the Rock-based brewery, see the June issue of Business Cornwall magazine