So that didn’t last long did it? Maybe it was the prospect of The Wurzels clambering back on board their combine harvester and re-releasing ‘I am a cider drinker’ that led to the Alistair Darling shelving the 10% tax rise on cider barely a week after announcing it.

Whatever the real reason, cider was not the only tax to escape the Treasury this week. In order to speed the Finance Bill through, the 50p a month levy on phone bills to help fund an improved broadband service has also been ditched.

We are constantly being told how high speed broadband is vital to this country’s success on the world stage. So is it? The tax would have raised an estimated £170 million, which would have gone to benefit broadband services in rural areas in particular. Not now.

And finally, the Government’s controversial plan to remove tax breaks for furnished holiday lets has also been abandoned.

This last tax has particular resonance in Cornwall, with critics of the Government’s plans claiming the crushing effect it would have on the Duchy’s tourism industry.

On the other side of the coin, however, holiday lets are held to blame by many for the lack of affordable housing in Cornwall.

Labour insists that all three taxes will be reintroduced if they win the Election. But that’s a jolly big ‘if’. 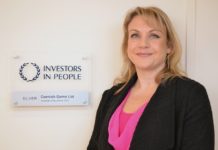 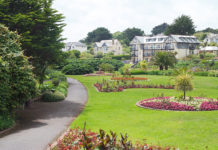