At a time of global focus on refugee issues due to the war in Syria and other displacement, new research from University of Cambridge Judge Business School calls for policymakers to foster entrepreneurship at such camps to help fill an “institutional void” that leads to despair, boredom and crime.

Although most refugee camps are initially set up to provide supposedly “temporary” safety for people uprooted by war, natural disaster or other events, the reality is that many forcibly displaced people spend 20 years or more in exile.

So a research paper from Cambridge Judge calls on governments and other policymakers to promote refugee-camp entrepreneurship in order to provide an economic and psychological boost to such displaced people.

“Refugee camp entrepreneurs reduce aid dependency and in so doing help to give life meaning for, and confer dignity on, the entrepreneurs,” says the paper authored by Cambridge Judge PhD candidate Marlen de la Chaux and Helen Haugh, senior lecturer in community enterprise at Cambridge Judge.

While such camps are created on the assumption they will be temporary in response to a passing emergency, such displacement is in fact often protracted – so “the rules of the game concerning temporary institutions do not reflect the reality of life in the camp,” the paper says.

The paper – entitled “Entrepreneurship and Innovation: How Institutional Voids Shape Economic Opportunities in Refugee Camps” – was presented at this summer’s 75th Annual Meeting of the Academy of Management in Vancouver, Canada.

This presents a number of opportunities for policymakers to boost entrepreneurship opportunities, including urban planning techniques to design useful infrastructure because long-term refugee camps “tend to resemble small cities rather than transient settlements.”

In addition: cash-based aid programmes and partnerships between refugee camp organisers and micro-lending institutions can provide seed capital to refugee camp ventures; innovation hubs such as those recently established in Nairobi, Kenya, can help provide access to business advice and seed capital; and the host country can create employment opportunities within the refugee camp by outsourcing some tasks to refugees.

“As the number of forcibly displaced increases, the urgency to find solutions to redress the negative aspects of life in a refugee camp for those in protracted exile also rises,” the paper says. Enlightened policies to boost refugee-camp entrepreneurship “may also make a positive contribution to the economy of the host country and in so doing help to reduce the local resentment experienced by those living in camps.” 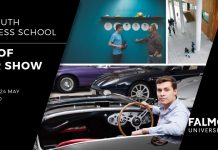 Celebrating entrepreneurs of the future 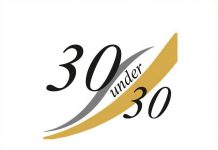 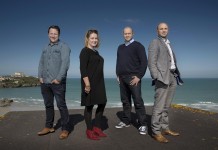 A short walk to the circular revolution