The 3 series has been around for a long time (manufactured since 1975 to be precise) and has built a reputation for being a premium mid-sized car with the driver at the forefront. A true legend of a car that is widely recognized.

The early models including the E30 and E36 are now collectable – for example you can expect to pay around £50k for a late 80s/ early 90s E30 M3. It must be said that in the
model’s 40 plus years there has never been a blip, every model has been superb and relevant. But in a time where the versatile SUVs seem to be taking over the roads, is a driver’s car still relevant? The short answer is yes, because while an SUV does a lot of things well, the 3 series has a particular purpose and does it exceptionally well. The 3 series doesn’t care that it can’t go off-road like a crossover can and it’s low slung body means it misses out on some of the scenic views you may otherwise see along coast or in the county. But, it’d rather not compromise what it does so well, and that’s the way it drives on the road – and after all, isn’t that what we spend most of the time doing in our cars?!

The 3 series has to be one of the best driving cars of its kind. It feels built for the driver – step inside and the dashboard resembles the format of its predecessors, angling into you and ensuring you as the driver, are looked after.

The 2019 model has a compact premium interior that brings the character of the classic
models together will all the latest mod cons that makes you feel connected with the car. The classic iDrive system makes it easy to navigate through the media system.

The 320d m-sport I tested was firm and sporty on the road, handling exceptionally well on the Cornish roads and drawing you in to the experience, but equally providing a suppleness to the ride as well as being totally effortless.

The efficiency is superb, the drive train now manages to translate the 2l diesel’s power to propel it to 60 mph in just 6.8 seconds and on to 150mph – impressive for a car that returns 50 + mpg. On this note, I wanted to mention how this car’s driver-appeal translates to efficiency. By virtue of it being aerodynamic, low to the ground, well geared, and good handling, it means it slides through the air with minimal fuss. And the typically more powerful, bigger engines are not having to work within the UK speed limits. Put it this way, I was getting better real-world MPG from this m-sport 320d than most of the petrol or diesels I’ve tested in the last 12 months – most with less power and smaller engines.

This new G20 model, which was unveiled just last October at the Paris Motor Show is probably one of the most arrogant in the class, but with good reason and you are buying something that has been fine-tuned and perfected for decades. If you’re looking for something to truly relish, then I recommend trying this out. And whilst the motoring genres and respective demands have changed so much, I think the 320d is still totally relevant. 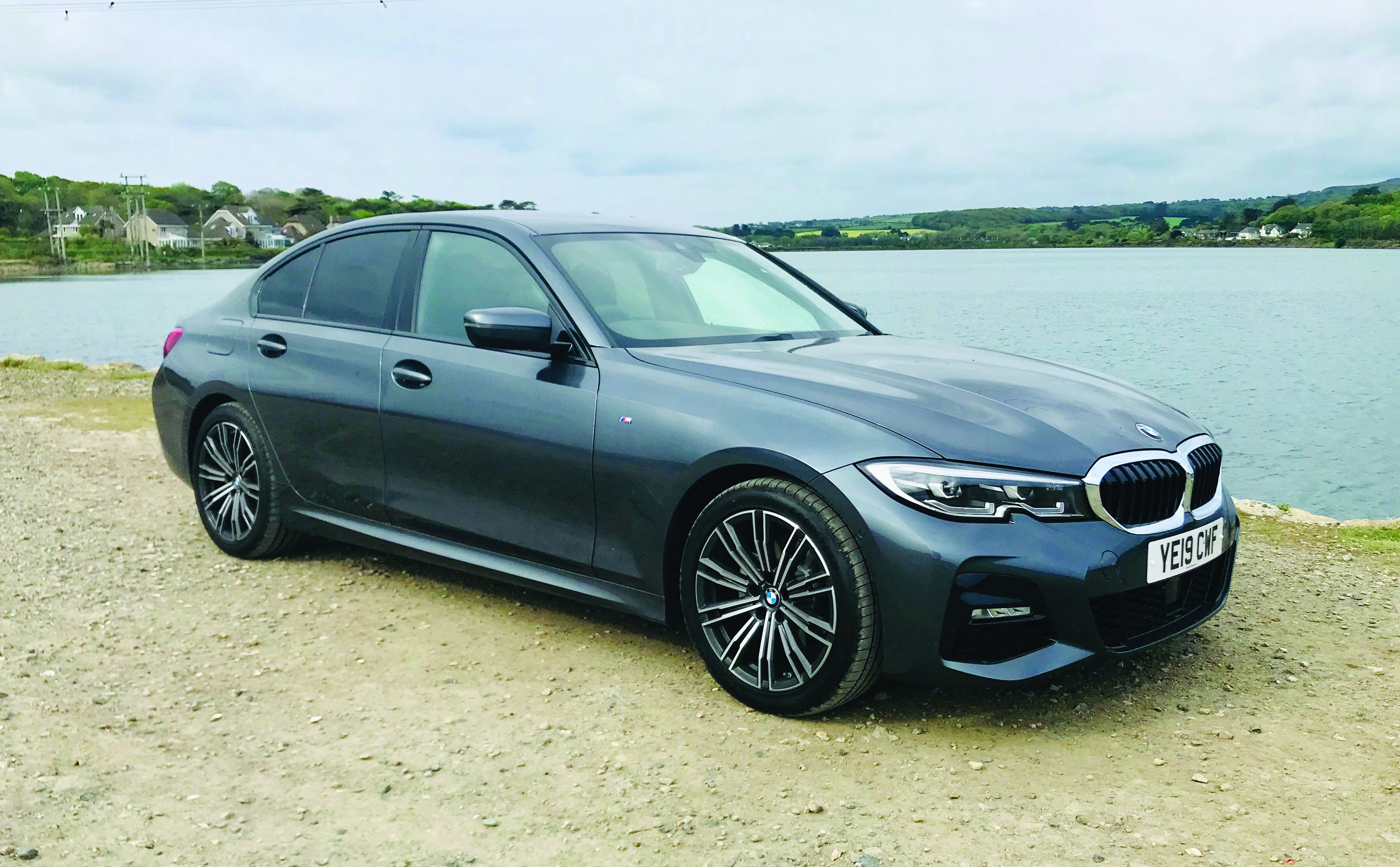