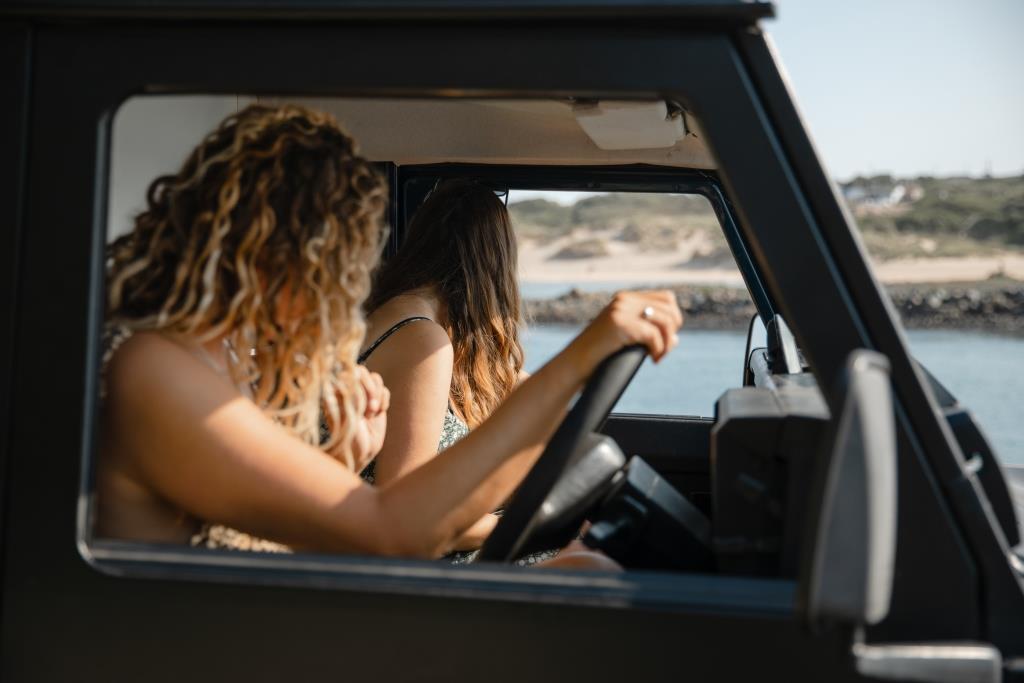 The three of us sat, in silence, staring at each other through the screens of our laptops… “so, what are we gonna do?” Max asked the group tentatively.

This was the question on most people’s lips as they were faced with the largest disruption to normality since the Second World War. Life had come to a grinding halt. There would be no meetings over a morning coffee, no travelling to far-flung locations and certainly no film making. We were to be imprisoned in our homes, wielding whatever imagination we could to keep the dream of our Cornish film production company alive. This period for many was touch and go, but here we are, on the other side of it all ready for the second half of one of the world’s most extraordinary years to date.

Our story would begin at the end of 2019 when three best friends, Ed (that’s me), Ollie, and Max, decided to drop their day jobs and throw everything they had at their dreams of becoming filmmakers in Cornwall. I’d spent that last ten years of my life meandering between film making internships, a degree in marine biology and a confusing stint in London pretending to be interested in investment banking. Ollie was fresh out of Falmouth University where he’d spent the last three years honing his craft of film, he’d also been running his own film company on the side. Max, like me, was pretending to like the big city and had been hustling the freelance circuit as a professional photographer and storyteller. What we all wanted was to tell stories, and we wanted to do it in Cornwall.

After a long phone conversation, it was clear we all needed the same thing and the decision was made. We began immediately and based ourselves out of Ollie’s living room in Falmouth. Looking out his window we could see a sliver of the shipping lane known as Carrick Roads, and just like that, we had a name, Carrick Roads Studios was born.

Between us, we had an entry-level camera, a single lens, no tripod, no lights, and nothing to record sound on. We were more geared towards filming a silent black and white movie than the cinematic creations we had in mind. If we were going to build our portfolio it was clear we’d need jobs on the side. A job in these early stages is so important. Firstly, it gives you a break from the stress of starting a company, secondly, it gives you money to actually live off and finally, and this is an important point, the extra money relieves your mind of stress and allows you to be creative.

I loved this time of the company’s life, Max and I worked in cafes and did evening work in a restaurant, and Ollie had managed to get some part-time work editing for another film company. So, we were stable, and this was a brilliant base to build off. Next, we needed clients. 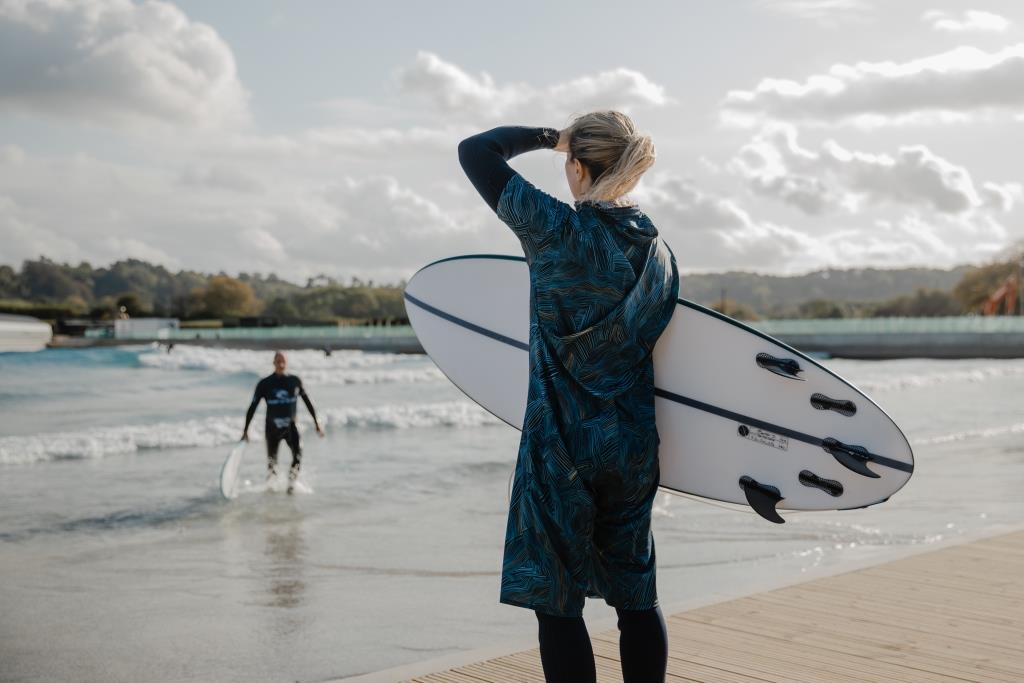 They say you are no further than seven people away from anybody in the world… I guess the big problem is finding the six people in between you and the person you want to speak to! The first thing we did as a company was to make a basic film. We borrowed our friends for an evening, found a beach and asked them to make a fire, as simple as that. This first film, however small, got us to the next stage. With the first film under our belt, we reached out to our circle. We were totally expecting people to shut us down but we found the total opposite. With every pitch, another door opened. People were reading our pitches and then more often than not they tell you about an idea they want to do themselves.

We drop the old and power on with the new. This happened with Ben Skinner, a local surf hero. Two weeks after we’d pitched a film he rang us up with a job. Two days later we were filming at The Wave in Bristol as his Surf team took on the artificial reef. So, we were starting to look like a company, we now had four films under our belt, one of which we didn’t lose money on… and yes, we still had the bar jobs.

It’s now winter and we were looking to take on some bigger stories. Six months before we started Max had written an article for Oceanographic Magazine. The article had gone down really well but had gone no further. We knew this idea had legs as a film and offered an insight into the Cornish surf industry and sustainability as a whole. We got hold of the producer for BBC Inside Out South-West and decided it was worth a pop, no fancy pitch, just a simple emailing outlining the story. We waited with baited breath. By the end of the week Sam, the producer, had got back to us, she loved the idea and after a quick visit to her studios to outline the nitty-gritty, we were away. So in six weeks we’d produced four films and had now been commissioned to do a BBC South West Inside Out news piece.

The time to film, edit and pitch had started to eat into the time for our part-time jobs. We needed to create something that could support us whilst allowing us to stay creative. Queue the character profile. Character profiles are a brilliant way for any film company to tell great stories with a commercial edge. Most people doing interesting things would love the opportunity for their story to be told. A friend of ours, Meg Hemsworth had ditched her day job to pursue a life in surf photography. Today, she shoots with the likes of Landrover and Roxy. She was perfect and totally onboard with the film. We pitched the character profile to a big snack brand called Fulfil Nutrition, if you haven’t tried their bars… you must. They loved the idea and funded the film (you can watch it here). This film was huge for us, yes we all worked for well below minimum wage, but it was a film that we pitched and they accepted. The system works and this was evidence that given time, and baby steps, we could go all the way. 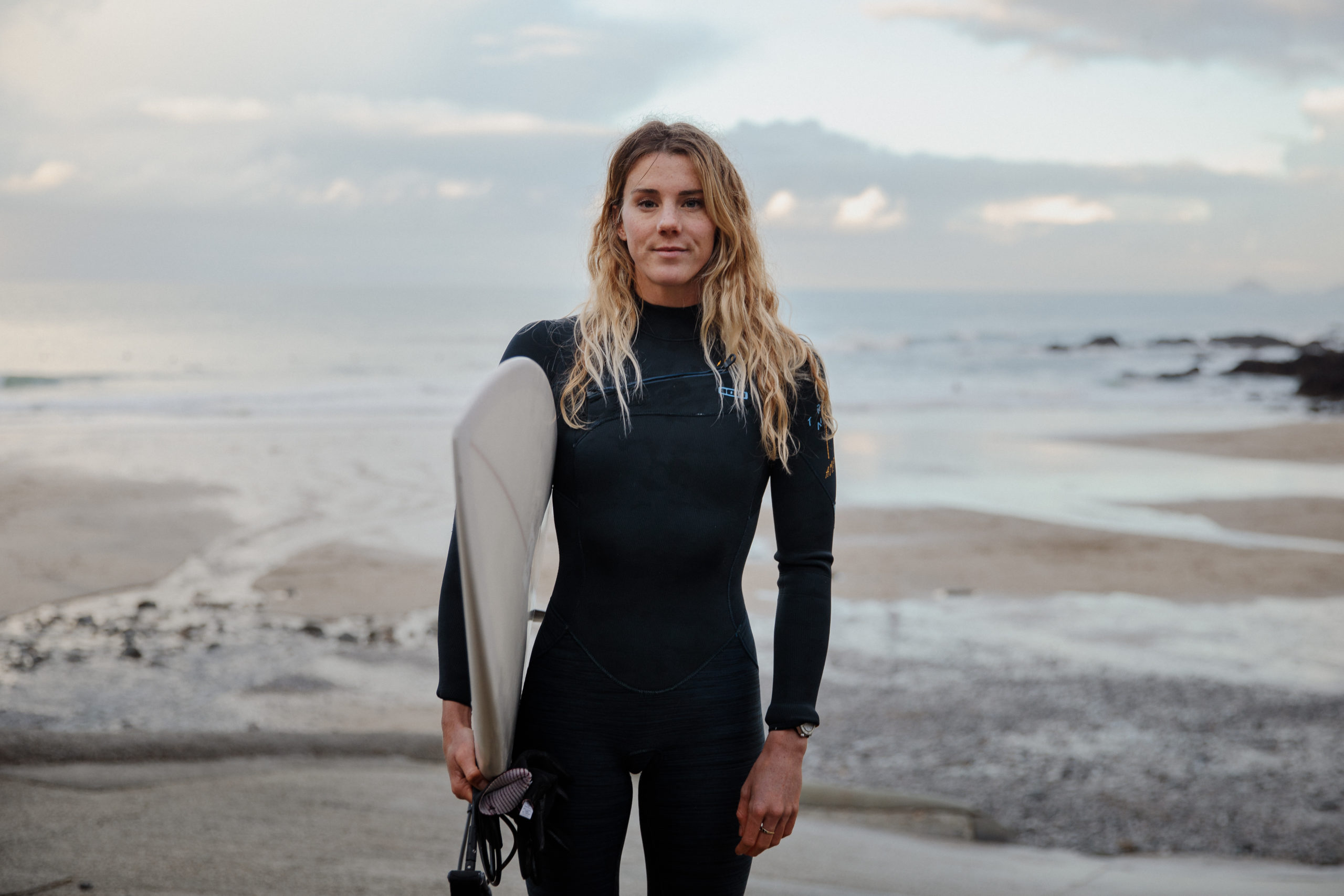 This film was the beginning of a great working relationship with Fulfil. After the initial film, they commissioned us to make five more. We couldn’t believe our luck! Five films would tie us over to the second half of the year. A preliminary contract was written and verbally agreed, it just needed a final sign off. Then it happened. What started off as a rumour from the east soon became an all singing all dancing reality. The week after the verbal agreement was made, the contract was pulled. It was all hands on deck for every company no matter how big or small. This same reality was true of every client we had. It’s over, the momentum ends here. Covid-19 would be the definitive end to so many companies’ journeys. It would be the final nail in the coffin and in industries like film where you’ve already put your blood, sweat and tears in, you had little else left to give.

It’s often said that the companies that do best are not those who are the biggest or the smartest, it is those who can change the quickest as their surroundings change. For us, our clients had no money to spare and we couldn’t leave the house to film. So, our environment had changed and we weren’t allowed to go outside to take a look. We still had a few jobs that needed editing to be done but once those had dried up… things were looking bleak.

For a month we spent every day reaching out to companies with stories we had developed, but the answer was always the same, no money, no staff, not right now. It was clear this couldn’t go on. Either something changed, or we’d die as a company and the dream was over.

As a film company, your value relies on your previous work. So as a young company, building our portfolio was our priority. We made a decision that was very counterintuitive to a company in financial difficulties, we decided to work for free to help us grow in the direction we wanted. The message was simple “We are offering our services for free to companies we believe in, do you have any projects on the backburner?”.

We focused on NGOs and companies that “did good” and the results were brilliant. Within a few days The Cornwall Wildlife Trust, The Lost Gardens of Heligan and a number of other organisations had replied. As soon as lockdown started to ease we were out of the blocks and ready to go. We filmed The Lost Gardens of Heligan asleep once more after 25 years of being open; we arrived at harbours at 4am to spend days out to sea with fisherman and we even spent a day on a dredging boat.

These films are now our base moving forward, the Heligan film has been seen by over 150k people and even made it onto national news. The fishermen film, about the transformation in sustainable fishing during lockdown, will now be a flagship example of what we can do for NGOs and will lay the groundwork for future projects.

I guess the key message I’m trying to get across is to be open to anything and to be willing to change your approach. We felt like beginners again and our pride didn’t want to admit that we weren’t getting paid but the end result is a company with more content, new contacts and a new direction in an industry that’s normally very hard to break into.

Carrick Roads Studios is now back on its feet with work fully booked for the next two months. 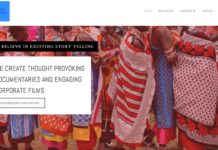