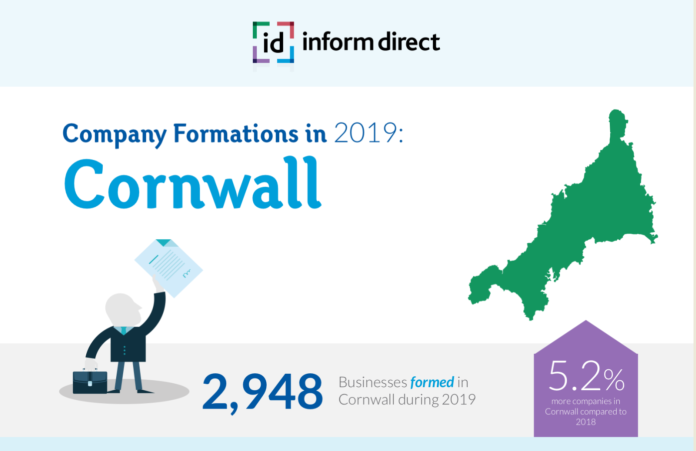 Latest statistics show that more new businesses were established in Cornwall during 2019 than in any previous year – hitting a record high for the second year in a row.

Despite political and economic challenges, 2,948 new companies were registered in the county compared to 2,829 during 2018, representing an increase of 4.2%.

The statistics come from the Inform Direct Review of Company Formations, using data from Companies House and the Office for National Statistics.

John Korchak, director of operations at Inform Direct, said: “Reporting a record year – the second in a row – for new company formations in Cornwall during a turbulent year, politically and economically, is a major achievement. Attracting new ventures and encouraging entrepreneurs to set up there, means that the county is clearly delivering positive support for business.

“With Brexit uncertainty casting a shadow – and some companies experiencing falling sales or choosing to relocate internationally – it is heartening that we are seeing signs of business optimism with so many new companies being created. This picture is mirrored nationally with an all-time high of nearly 700,000 new businesses formed in the UK as a whole.” 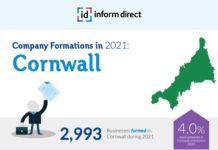