A new health and safety training centre has been set up at St Austell Enterprise Park.

The company also acts as an ‘on-demand health and safety officer’ for businesses, offering a compliance consultancy to train staff and keep them up-to-date on legislation.

The business was set up by Dan Hunt, a former British Army corporal, and Simon Blench, a volunteer with St Austell Coastguard.

As well as visiting local community groups, schools and charities, the two entrepreneurs deliver courses, from first aid to food safety, at their training centre in Carclaze.

Working with them are a local paramedic, Liam Cartwright, and a national vocational qualifications (NVQs) assessor and trainer, Kayleigh Cooper.

Hunt served in the Royal Logistic Corps for 11 years, including tours of Afghanistan and Iraq. He was discharged in 2014 after a battle injury left him with irreversible spinal and leg injuries.

Before leaving military service he was a corporal and staff instructor, a military skills trainer and team medic instructor.

He said: “When I was going through rehabilitation it was hard to believe I was capable of doing something like this.

“After I met Simon, and now, since the company is set up and it’s going really well, I’ve realised that everything happens for a reason; some things are meant to be. It feels fantastic that we’re able to achieve this.” 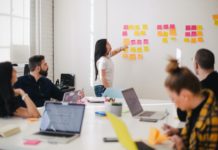 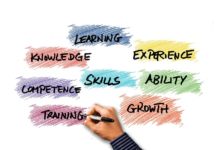 September issue: Have your say 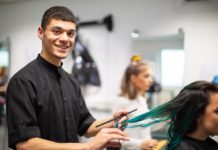