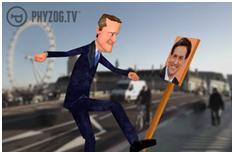 The show will be delivered to mobile devices twice a week from early summer and is the brainchild of former head of R&D at Spitting Image Projects, Chris Chapman.

He has formed Fizcast to launch the show and Headcastlab to exploit the interactive mobile technology that has been developed to make it happen.

He explained: “We can place our digital caricatures in a myriad of environments and cover that day’s news for an evening broadcast, with viewers becoming participants and interacting directly with the animation and show.

“If you’ve always wanted to suggest a sketch for David Cameron, or prod him with the arms of ‘the poor’, now you can.”

“This is the result of a great alliance of West Country resources,” Chapman added.

“We have superb technical facilities at the University College Falmouth campus here where most of our motion capture and digital puppeteering will happen, the support of businesses across the region, and a great pool of creative talent. The availability of superfast broadband makes the whole production process possible.”

To help fund the project, Fizcast, aims to raise a minimum of £350k using the Crowdcube small business finance platform to invite members of the public to invest in the business in return for a share of the equity. 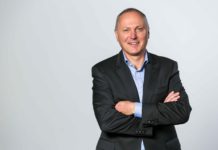