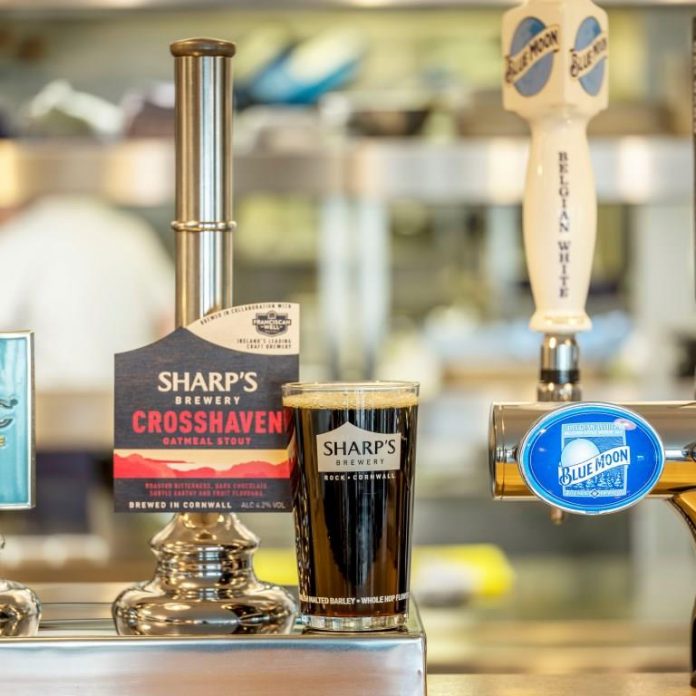 Sharp’s has collaborated with one of Ireland’s leading craft breweries to produce a limited edition stout.

Crosshaven Oatmeal Stout is the result of a partnership with Irish craft brewery Franciscan Well and its brewing manager Christopher Cook.

This beer is a modern take on a traditional-style Cork dry stout and has been named after the picturesque village within the shelter of Cork Harbour where Franciscan Well brewery is based.

Sharp’s Brewery’s head brewer, Andrew Madden, said: “Together with Christopher and Franciscan Well we have created a truly mouth-watering stout that we are very proud of.

“The oatmeal enhances the body of the beer and the roasted barley delivers wonderful depths of aroma and flavour. We are really excited about having this brew on the market until end of October and to have such a great Irish-Cornish partnership that allows us to continue creating innovative new brews.”

Crosshaven Oatmeal Stout, 4.2% abv, is available to buy on draught in pubs and bars around the Duchy in September and October.