Strong demand for industrial assets in the Devon and Cornwall led to the strongest Q1 in a decade.

According to the CoStar group, which monitors industrial sale volumes across the UK, investor interest in the Devon and Cornwall industrial market has picked up strongly in recent years in contrast to a wider national slowdown.

That pick up has seen industrial investment across Devon and Cornwall in Q1 2019 exceed £20 million, nearly double the amount spent in the same period in 2018.

This significant increase included the acquisition of a 90,000 ft.² warehouse in Exeter and a 58,000 ft.² industrial unit on the Walker Lines Industrial estate in Bodmin.

This buoyant start to 2019 follows a busy 2018 which saw many institutional investors enter the commercial property market encouraged by a combination of positive occupier demand, limited construction, rising rents and low vacancies.

CoStar also reports that on the back of this demand rents have responded with an annual growth of 3% as of April 2019.

Commenting on the report, Tom Smith, head of commercial agency at Miller Commercial, said: “The CoStar market report backs up the considerable surge of interest that we have had from both private and institutional investors at the start of 2019.

“With continued uncertainty in various investment markets commercial property is seen as an attractive way of securing good net yields, particularly with the current growing demand for industrial space. If you are thinking of disposing of industrial space then now is a very good time to go to market.” 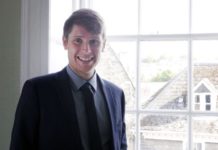 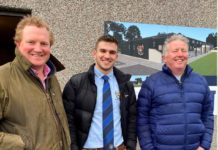