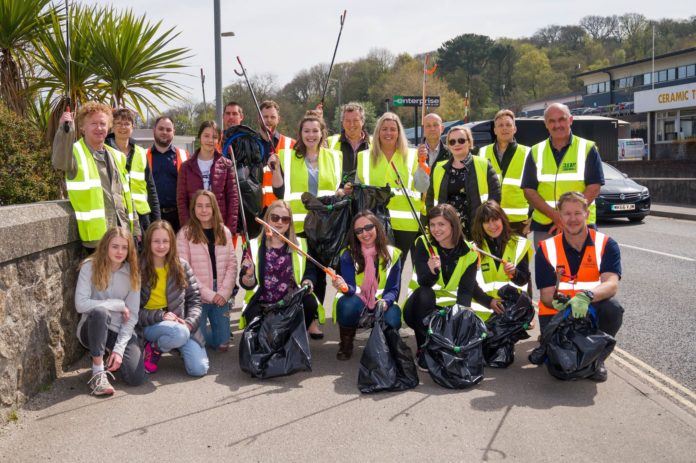 Truro held its third City Clean-up event last week, with 18 business and 12 community organisations helping to spruce up the city.

Organised by Truro BID and Newham BID, City Clean-up involved over 130 community and business representatives volunteering their time by litter-picking and cleaning within the city centre and surrounding community housing areas.

Mel Richardson, Newham BID manager said: “This has been a great example of Truro working together at the Newham and the Port of Truro riverside business district. Businesses and the community have been litter picking alongside each other, volunteering their time to take care of their environment.”

Truro BID manager, Alun Jones, added: “It has been a concentrated effort by all involved and we would like to thank the Truro businesses and community for getting stuck in to make Truro gleam.

“With more than 100 bags of rubbish collected, it is less than last year – which means we are making a difference!”